On the Mongolfiera face (Val Masino, Italy) Daniele Bianchi and Simone Pedeferri have made the first ascent of ‘Pana’ (8b, 265m). The route is named in honour of Pietro Biasini.

Simone Pedeferri continues his mammoth project of free climbing a route on every big wall in Italy’s Val di Mello and Val Masino. Currently he’s free climbed about 20 routes, having either freed old aid routes or added a completely new lines, and those that stand out are ‘Non sei più della mia banda’ (8a, 700m) and ‘Buena vita poca platta’ (8a, 800m) on Precipizio degli Asteroidi, ‘Blacksnake’ (8a+, 600m) and ‘Joy division’ (8b, 700m) on Qualido, ‘Nessun pericolo per te’ (8a, 400m) on Darwin and obviously the most difficult of all, ‘Adventure Time’ (8b/c) on Meridiana del Torrone.

Earlier this summer Pedeferri teamed up with Daniele Bianchi to add another name to this list with the first ascent of ‘Pana’ on Mongolfiera, a face which is less well known than the famous peaks mentioned above, but certainly no less beautiful. On the contrary. According to Pedeferri the new route is “very beautiful, more beautiful in fact then I first thought.”

Pana was established in June after three days of climbing ground-up, with one bivouac on a portaledge between one storm and the next. Pedeferri then spent a further two more days alone on his static ropes cleaning the line, before making the first one-day redpoint on his second attempt. A word of warning: those who hope to finally climb a ‘Pedeferri Plaisir’ route will be disappointed. 265m high, the line includes two pitches of 8b. 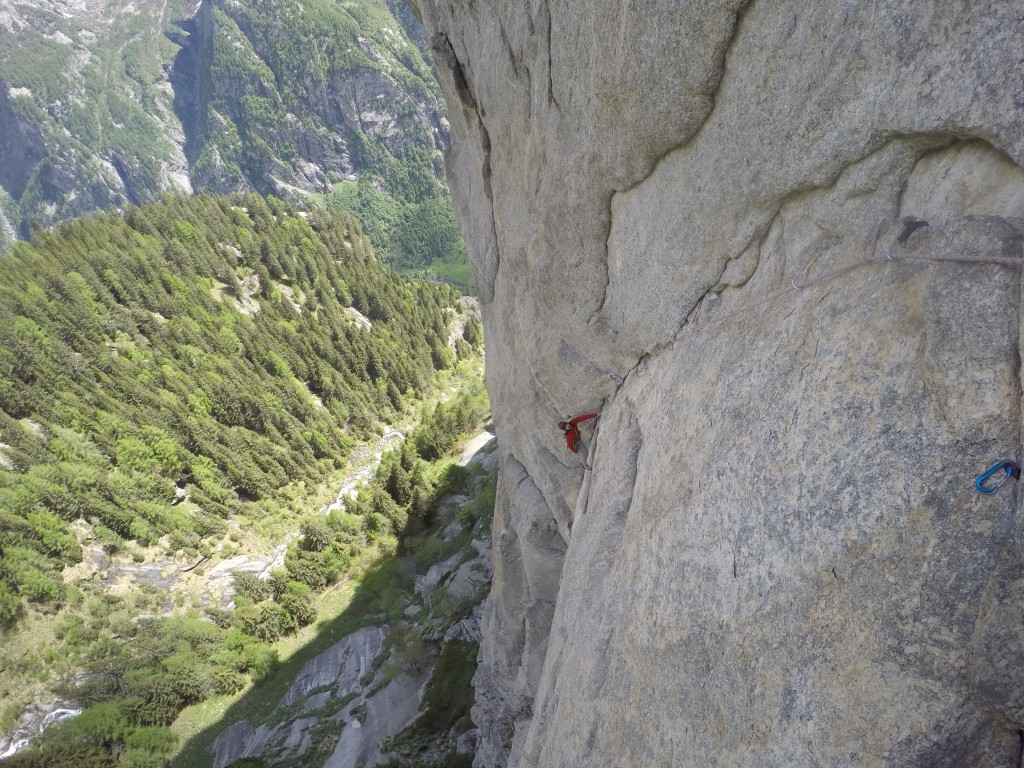 PANA ON MONGOLFIERA by Daniele Bianchi

Mongolfiera, what is it? Where is it? What’s it like? The “Hot Air Balloon” is a face in Val di Mello situated above Scoglio delle Metamorfosi but, unlike its neighbors, it’s never been particularly courted. It has a rounded shape, much like a Williams pear or, as it’s name suggests, like a balloon. I’ve got great memories about this plump rock face, as a few years ago together with Luca Turchi and Pietro Biasini we pulled off the first repeat and first winter ascent of Melloscrollo, established by Ongaro & Co.

Since then I never returned… even if I got more and more curious about whether that route might go free. I talked to Simone Pedeferri (he’s light years ahead of everyone else when it comes to digging out lines that can be climbed free) and he grabbed the chance to share a project which was slightly more ambitious. Climb a new route. As often happens though when you study photos, you never know if all pitches will go free or not, or which line you’ll actually take. So… we we just had to go and see for ourselves! 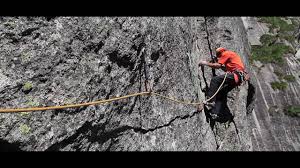 With the classic One-Set Ongariano we hauled ourselves up the path that leads up to the top of Scoglio delle Metamorfosi and continue on up for another twenty minutes or so to reach the base of our face. We emptied our rucksacks and were faced with the usual dilemma: who starts! Out of respect for my elders I let Simo take the lead and he quickly established the first two pitches. I then climbed the third pitch and this led fairly smoothly to a ledge ( would later host us for the night during a memorable storm). 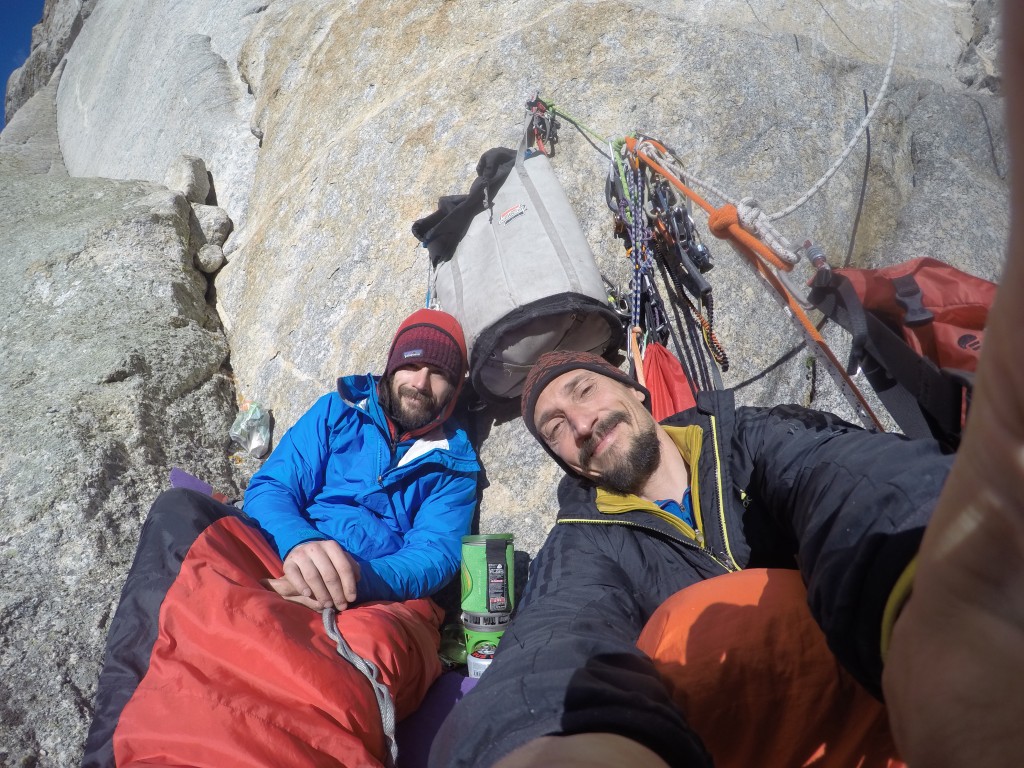 We had various options from the ledge, but I reckon we chose the most logical and beautiful. A series of corners and cracks up solid rock resulted in 4 pitches from 7a to 8b, followed by the sunny penultimate pitch (a classic easy Val di Mello slab where you won’t fall, but if you do… well, you’d better not fall). And then the summit cube, a kind of highball 300 meters above the deck, and finally in the sun. All of these ingredients, mixed with past memories, resulted in Pana, 265 meters, 9 pitches up to 8b. The route, by mutual agreement, takes the nickname of a person who is no longer with us and who it would be too simplistic to define as merely a friend. Pana.