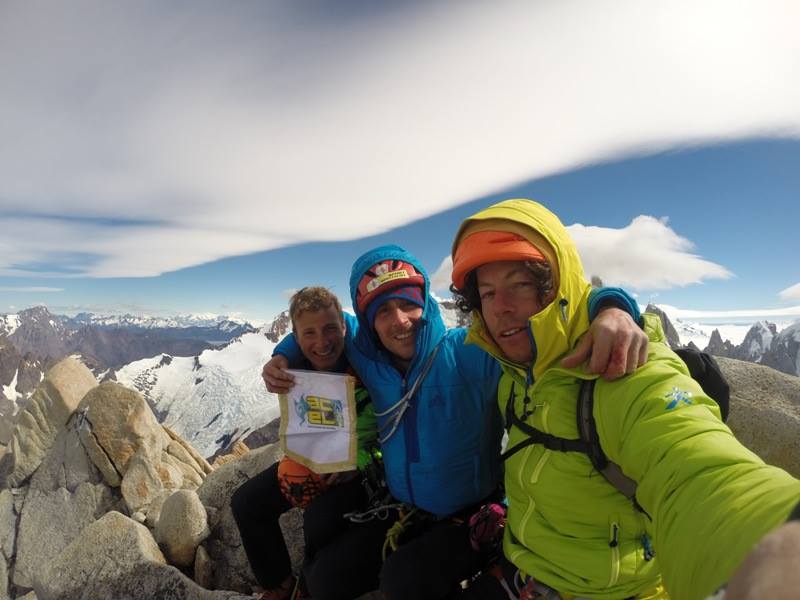 The stay of Matteo Della Bordella, Luca Schiera and Silvan Schupbach in Patagonia is close to its end. In the last days a short window of good weather allowed them to climb Aguja Saint Exupery, opening a major variation of 350 meters to the classic “Chiaro di luna”, they free climbed and onsighted the whole route with difficulties up to 7a. A style, that the trio had already experimented on the Uli Biaho and which represents the purest style possible. Plus, thanks to the descent on Chiaro di Luna, they didn’t leave any gear on the route! 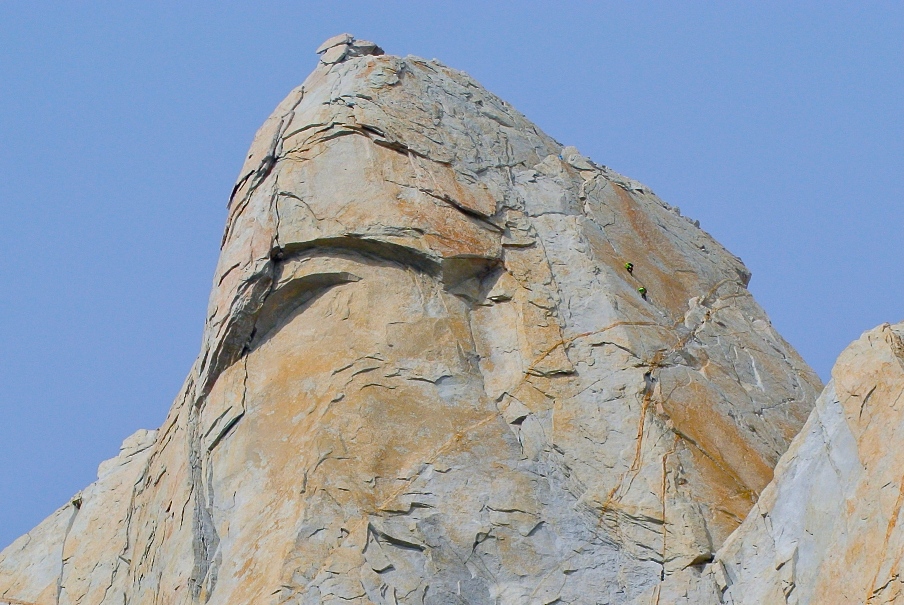 The news are coming directly from Matteo’s facebook page:

“Last little window of this Patagonia summer. This time no ice, wet cracks or jumars, only rock and free climbing on cracks, a little sun and a lot of wind.

Within 9 hour of climbing we opened a new variation on the Aguja Saint Exupery: the first 350 meters are common with the route “Chiaro di Luna” and then straight for another 350 meters following flakes and cracks to the summit. 700 meters, 7a max onsight. We called it “Can accompany only”.