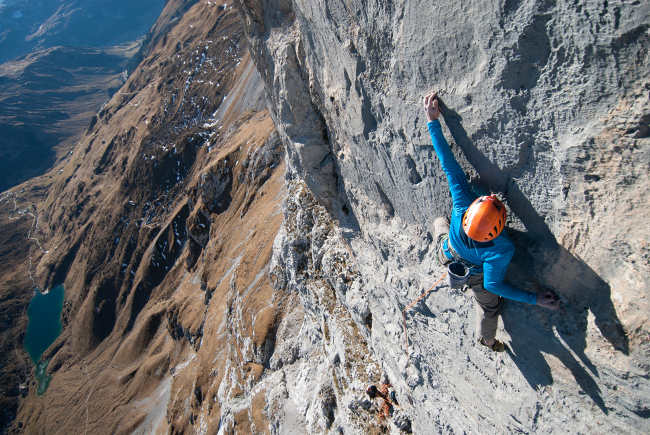 This summer Paolo Spreafico, Domenico “Dodo” Soldarini and Lorenzo Martinelli established and freed Velocità limitata (230m, 8a, 7b+ oblig) up the Sulzfluh (2817m) in Switzerland’s Rätikon. 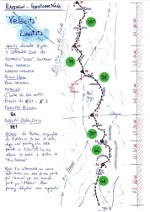 The thought sprung to mind while repeating Miss Partnun (9-, Dominik Dürr, Mario Luginbühl 12/01/2001) on the Gamstobelwand on Sulzfluh in the Rätikon massif: the rock on that pillar on the upper section looked great and still virgin, so why not add something new?

No sooner said than done for the Italians Paolo Spreafico, Domenico Soldarini and Lorenzo Martinelli who in Augustforged the first three pitches of their Velocità Limitata which “follow a series of slabs via balancy climbing and few holds, typical for this area.” In September Spreafico and Soldarini returned to establish the upper section which changed in climbing style: “the holds became more generous but the face steeper, even overhanging at times, and the climbing therefore became more pumpy and athletic.”

The route starts to the right of Miss Partnun and crosses this at the 4th belay to continue independently leftwards. The two Ragni di Lecco climbers believe their 230m line weighs in at 8a, with obligatory climbing in the region of 7b+.