On 15 and 16 March 2017 Luca Schiera and Paolo Marazzi made the first ascent of Produci consuma crepa, a new 900m rock climb with difficulties up to 6c A2, on the NE Face of Cerro Mariposa, Rio Turbio valley, Patagonia. Luca Schiera reports

There is form of mountaineering that is timeless, on that will always be. It’s that type of alpinism that is reminiscent of dreams that youngsters always have. Dreams that come about (perhaps even today) when reading books written by Jack London or, why not, by Salgari, Verne or Bonatti evene. Those pages talk about forests, inaccessible places, wolves, pirates and the tigers of Mompracem, but also about inaccessible places and mountains. In short, those dreams of adventure and exploration that, on closer inspection, are the basis for mountaineering everywhere and whenever. It’s this way of taking to the mountains in distant lands that we’re reminded about when thinking about the adventure experienced by Luca Schiera and Paolo Marazzi when they climbed the east face of Cerro Mariposa, a remote mountain lost in the middle of unchartered Rio Turbio, somewhere in distant Patagonia. A journey that included whacking their way with a machete through the forest, then navigating along a river by boat before wandering up rock faces and mountains. It has to be said that the experience of these two young but already extremely expert Ragni di Lecco climbers has to be seen in the light of the one experienced last February on Cerro Murallón by theree other club members, David Bacci, Matteo Bernasconi and Matteo Della Bordella. It’s as if this young mountaineering of our times is interpreting adventure in the fullest sense. We are all the more convinced now that Luca Schiara has returned and told us a little about how things went. 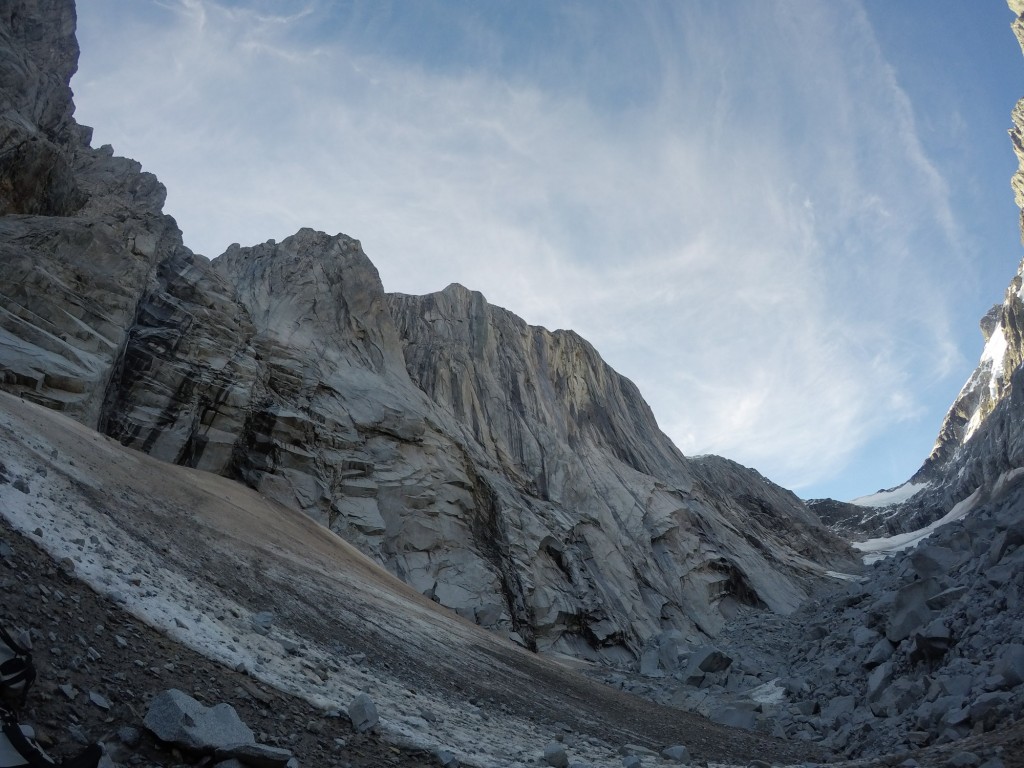 On the basis of the information we’d received from Thomas Tivadar and from the Canadians who’d already attempted it, Cerro Mariposa seemed the best objective and, as things turned out, it really is the steepest and cleanest rock face in the area. We managed to climb it just when all we were doing was sitting about, waiting for the weather to improve to go home, and in the end we rafted the river with all our gear for 40km on two inflatable canoes. We climbed the route in a day and a half, the conditions on the face were terrible and we got close to some big rockfall, but this was the only chance we had. We called it: Produci consuma crepa, produce, consume and perish, it’s 900m high and difficulties go up to 6c A2.

Paolo Marazzi and I, as well as gear for ten days on the mountain, set off from home in mid-February with the aim of attempting Cerro Mariposa. We did not have much information to act on, apart from the fact that it’s located in a narrow valley after an alpine lake full of icebergs, in a remote Patagonian valley on the border between Argentina and Chile.

We we arrived at Bariloche we discovered that heavy rains have flooded the entire valley for the first time in years. We waited for ten days therefore in orde to cross the river and start the one-day approach on horseback. After that we shouldered all our gear and fought our way with a machete through the rain forest to reach a log cabin that became our base camp. 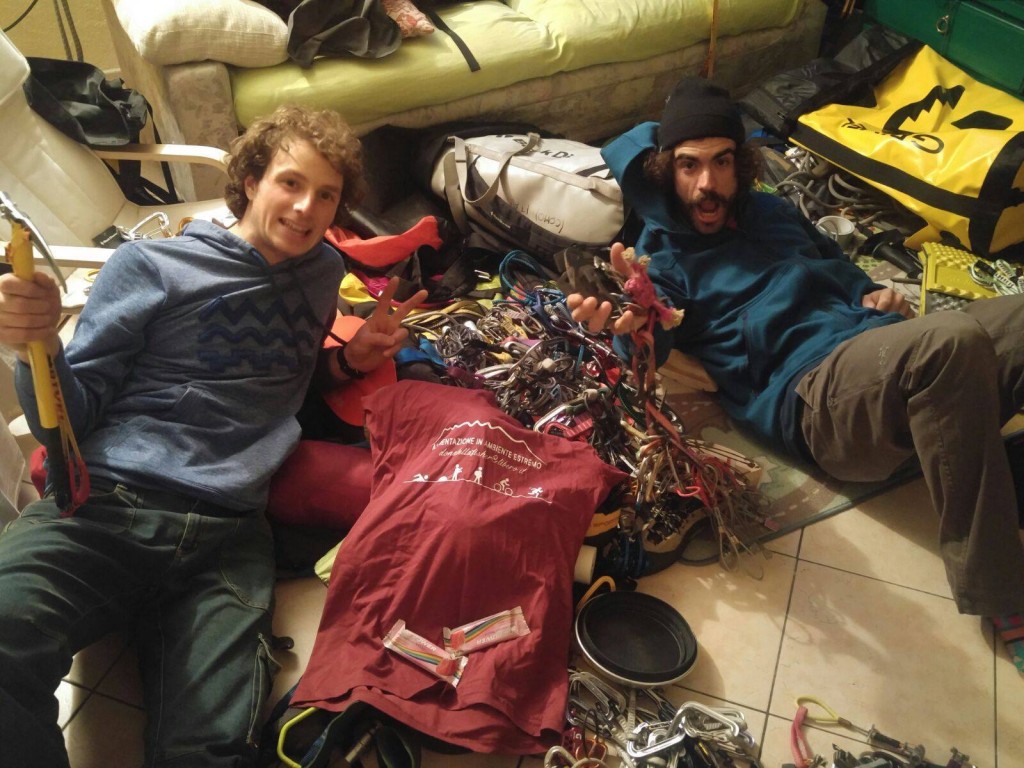 It then started to rain again and for about three weeks the weather remained poor. In the few moments of good weather we attempted to climb an 800m face, but just a few pitches short of the summit the finishing cracks filled with grass and mud slowed us down and then forced us to retreat. On another day of relatively good weather we soloed up an easy but beautiful face, from whose summit we managed to catch a glimpse of why we’d travelled there in the first place: the Mariposa rock face.

When time (and our hopes) had run out along came four days of good weather. We set off in the afternoon when the pressure started to rise, canoed across the lake and reached the base of the face in the evening. Where there were no water cascades, it was nevertheless completely soaked.

We started climbing before dawn and climbed the most delicate and uncertain pitches in the morning, breaching the roofs on the starting pitches. In the middle of the face some rockfall due to melting snow on the summit convinced us to keep moving as quickly as possible and remain sheltered below the overhanging headwall. Wet to the bone we managed to identify the right line of cracks to the summit, the only one as it happens, and continued climbing following the lights of our headtorches. After 16 hours we on the trot we reached the summit at 2:00am the next morning. 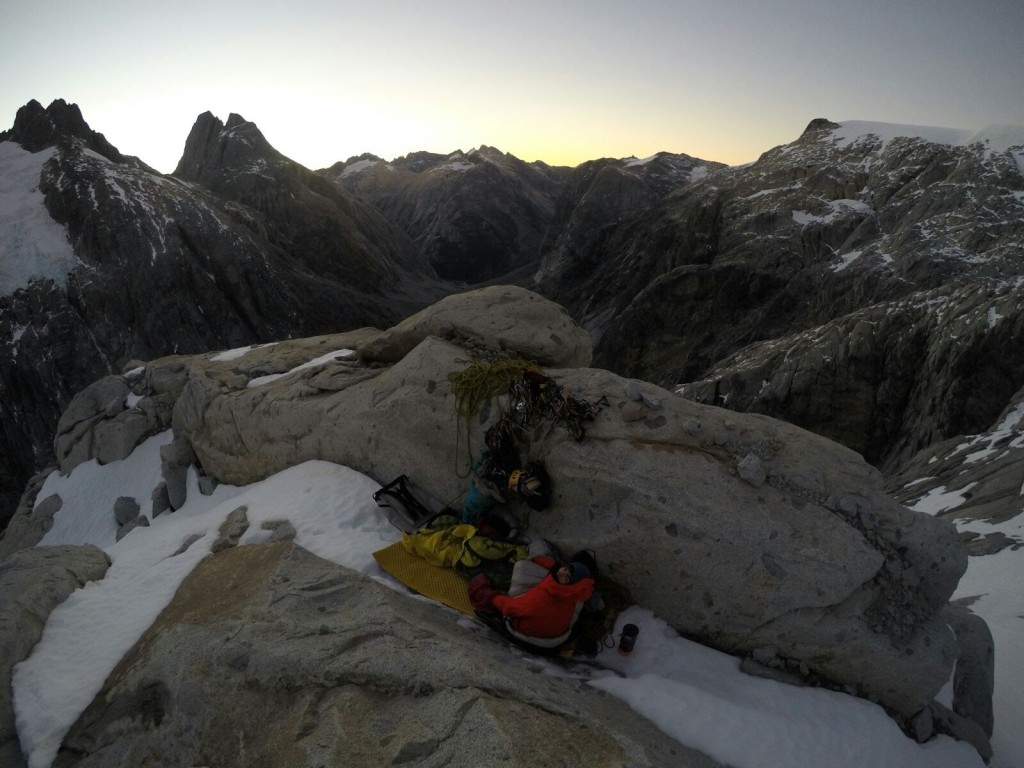 The weather was still stable and we started the long descent. First we abseiled down the route, then we cross the lake once again and in the evening we returned to our base camp. The next day we hauled all the gear up to the top of the valley and at dawn on the fifth day we were at the river bank. We loaded about a hundred kg of gear onto the two canoes, entered the water and, canoeing past the rapids, descended our first river all the way to Lake Puelo close to El Bolson. 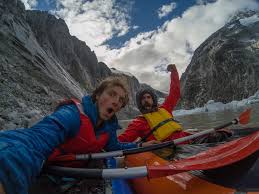 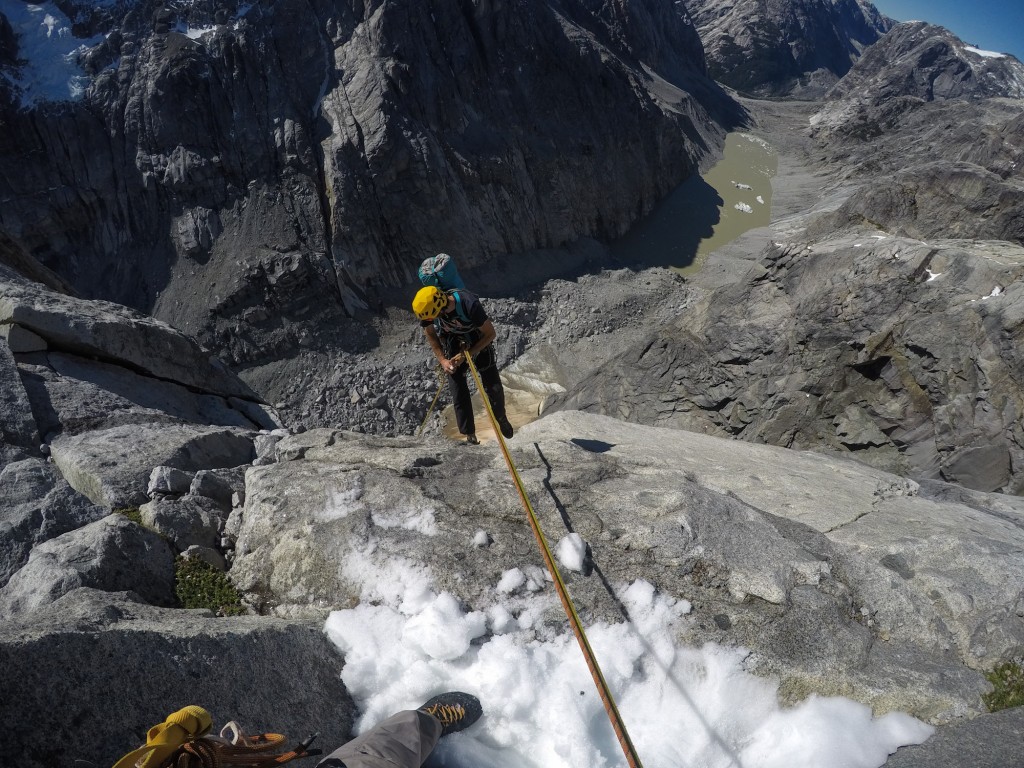