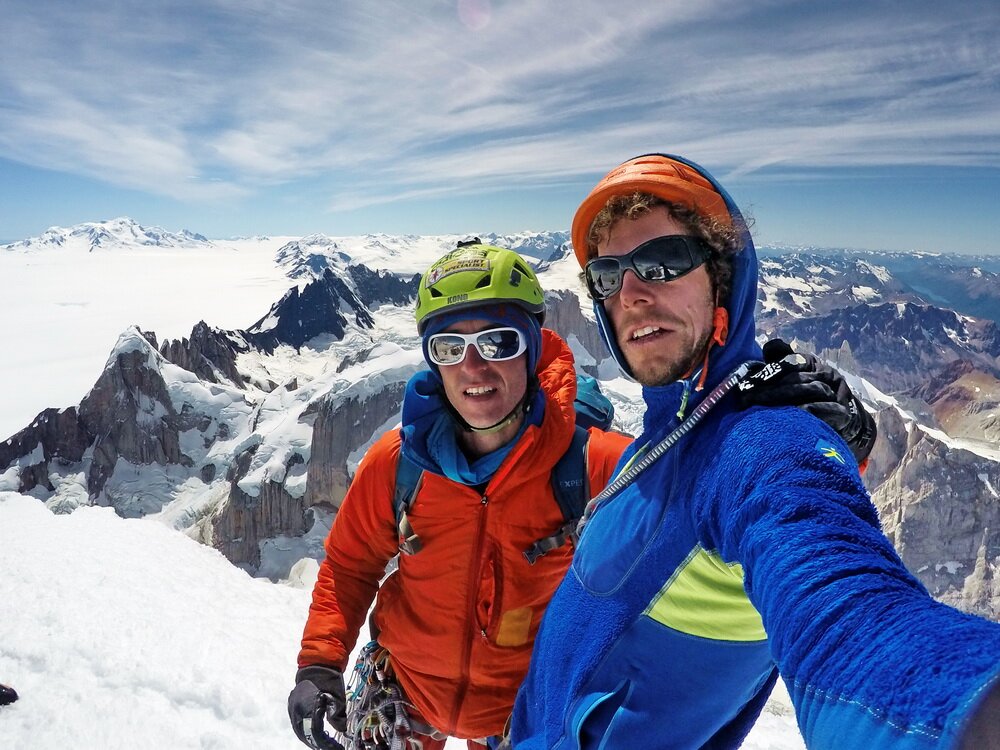 From 30 – 31 January 2016 Italy’s Matteo Della Bordella and Switzerland’s Silvan Schüpbach climbed the SE Ridge (Compressor Route) of Cerro Torre (Patagonia). After the bolts were chopped by Hayden Kennedy and Jason Kruk in January 2012, this is the third ascent of this route. The first carried out by David Lama (20-21/01/2012 together with Peter Ortner, with a variation on the headwall) is also the first and so far only totally free ascent. The second ascent was carried out by the Slovenians Luka Krajnc and Tadej Krišelj. The report by Matteo Della Bordella. 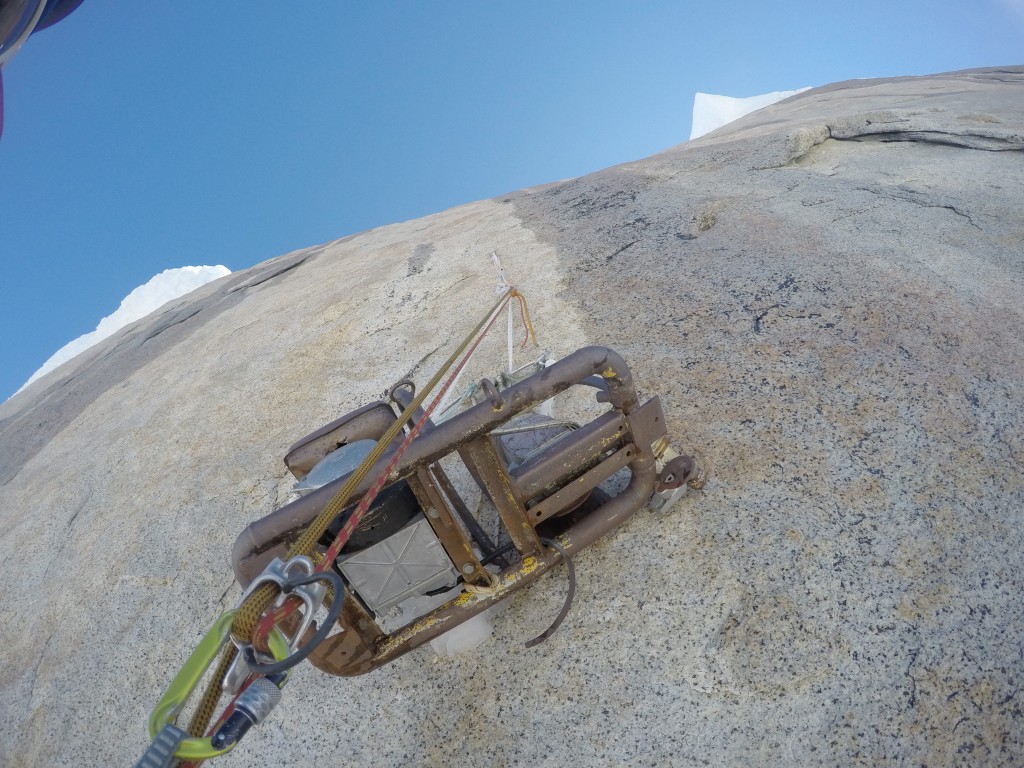 As is well known, Hayden Kennedy and Jason Kruk chopped the bolts in 2012 and since then the Compressor Route, also referred to as the SE Ridge, has changed considerably. Above all three days after that hotly debated bolt chopping, when Austria’s David Lama climbed the line together with Peter Ortner, not only completely free (with max difficulties 8a) but also via a variation on the headwall (with difficulties in the region of 7b, 7b+ trad gear). Since then only two other teams have repeated the route. The first were the Slovenians Luka Krajnc and Tadej Krišelj in 2013. And the second was made this season, by Della Bordella and Schüpbach. It’s worth underlining that, for the time being, Lama’s is the only totally free ascent.

We set off at 3:30 from campo Noruegos, reached Col de la Paciencia at 7:30, started climbing at 8:00 and stopped at 18:00 to bivouac at the Ice Towers (2 pitches before the headwall). Although we felt a bit tired we managed to rest well and the next morning we got off to a late start, at around 8:00. We summited Cerro Torre at 15:00, and finished the abseils at 23:30.

In truth I set off feeling the psychological pressure, I was worried about not being able to breach the headwall; having the crux of the route right at the end, below the summit of Cerro Torre, and not having a clue about what to expect, seeing on the topo with 7b followed by an exclamation mark and reading “in the last 20 meters protection is poor” all meant that along the rest of the route I tried to climb in “energy-saving” mode, in order to reach the crux as fresh and concentrated as possible. That’s why we climbed directly up the A1 crack without even trying the 8a pitch. The climbing on the headwall is quite particular, the rock can’t be described as being top quality…the climbing proceeds above all via hollow-sounding flakes, up a vertical face that’s difficult to decipher… the classic type of climbing where you’d like some bolts… but there aren’t any!

Fundamentally speaking the last four headwall pitches need to be climbed free, but we didn’t manage to onsight any of the last 3 since route finding is not easy and the climbing is delicate. At times, when I got the chance to place some good pro, I’d take a “preventative” rest, to study the section above before climbing free. In using this style of climbing I didn’t encounter any particular problems and once you know them, these pitches are certainly much easier, but onsight they’re by no means easy. While the climbing isn’t difficult physically, it requires experience and commitment. 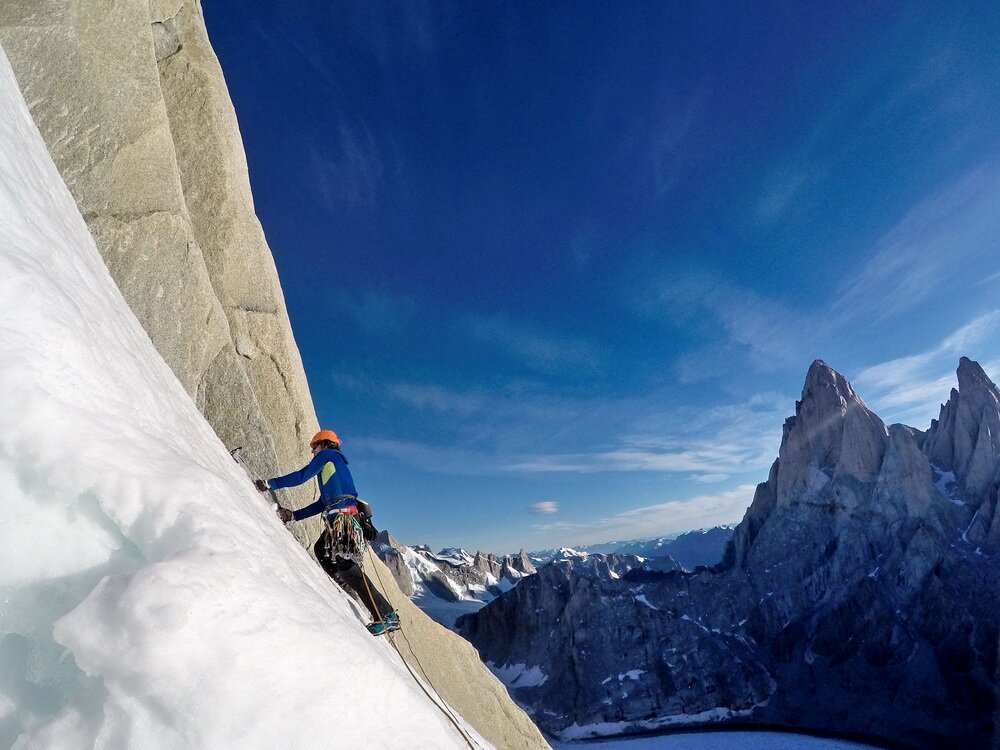 Seeing that Silvan is decidedly better than I am at ice climbing meant that I had the honor of taking the lead on the headwall, not because I’m better than him on rock, but only because like this we’d share a similar number of leads. For me it was an honour to try the headwall, but one mustn’t forget the WI5 pitch in the Ice Towers chimne; Silvan literally waltzed up it, for me it would have been an odyssey.

I think that David Lama’s performance was great. It’s an outstanding route, a part of the history of mountaineering and Lama took things an incredible step forward: Cerro Torre all free, without bolts, was something quite exceptional. Having said that, I reckon the limits of free climbing on faces like this one are still a long way off, given the right conditions climbers as good as Lama can certainly take things one stage further! 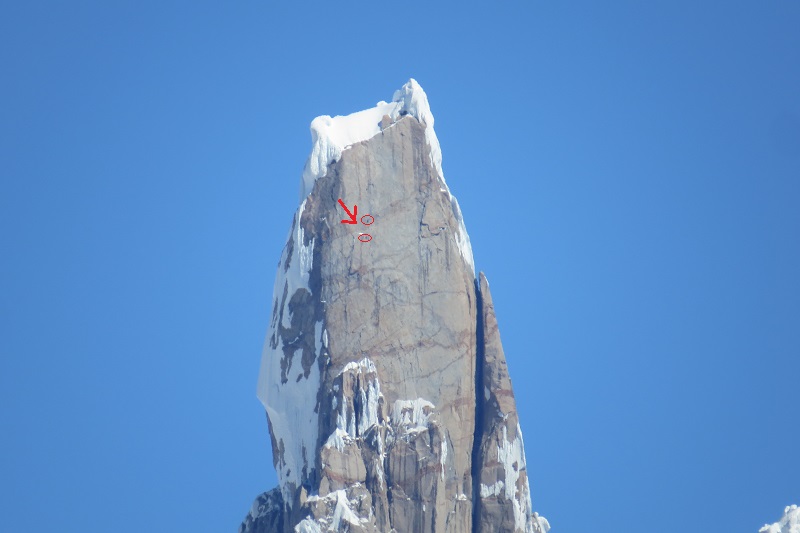 I know that Luka Krajnc and Tadej Krišelj repeated the route three years ago, more or less in the same style as us: setting off from El Chalten on day one and climbing the route during the next two days, without stashing gear or inspecting the route beorehand, with the first climber taking the lead and the second following on jumars. From what little Luka told me about the route, I believe their experience was fairly similar to ours. They too climbed the A1 cracks and Luka’s thoughts about the headwall were similar to mine, but I think he even managed to onsight those 3 pitches, or perhaps he failed on just one of them, I don’t remember precisely. 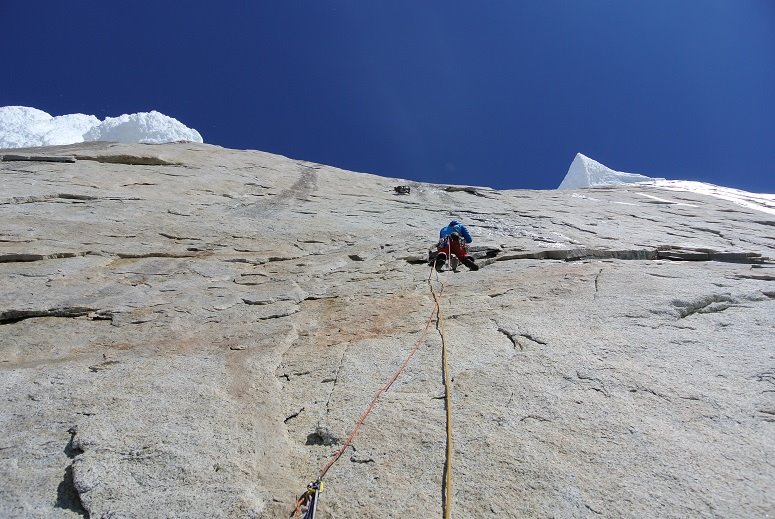 Repeating this route nowadays is a great challenge. For me it certainly was and it proved highly rewarding. It’s pure, complete and difficult, that requires experience and preparation, where you continue upwards with baited breath, uncertain about whether you’ll succeed until you set foot on the summit mushroom. It was one of the two ways I wanted to climb this legendary mountain for the first time, and I’m really happy with the good style I achieved on my first go. Having said that, I think that nowadays this route can be climbed be a relatively large number of trained alpinists and in the future it’ll see more and more repeats. As I said, I believe the “limit” is still a long way off, probably not for me, but for many other top alpinists, like David Lama to name just one.” 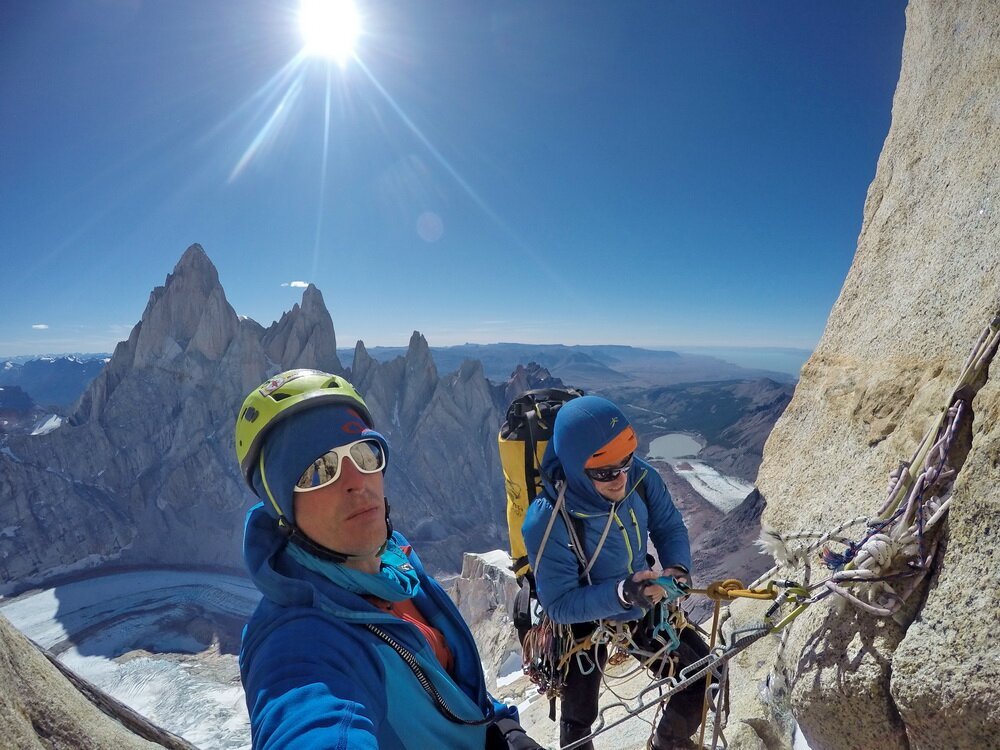