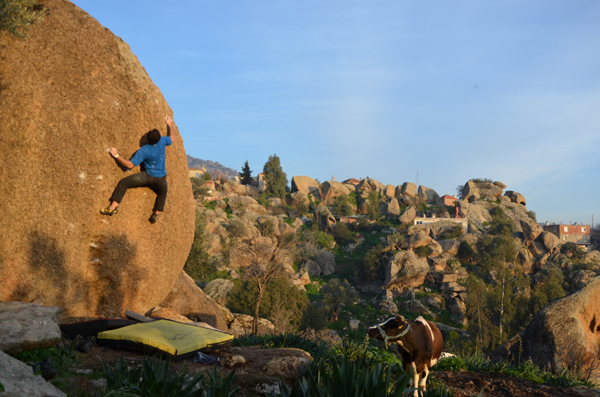 After the adventure in Morocco last year, Andrea Pavan “Pavaz” and Daniel “Neno” Tavola, departed again on January 25, with the intent of an exploratory trip of bouldering.
This time the destination is on the shores of Lake Bafa, Turkey.
With them for 15 days, will also be there, the friends Luca “Nini” Manini, Ciro “Sairus” Paniga and Umberto “Milano” Benaglia.

The region concerned, known in Europe thanks to the articles (Walls 2005 Grimpeur 2007) and a new guide (Bafa Golu Bouldering 2013), frequented by Turkish, Slovenian and Russian climbers, seemed waiting for the first italian reconnaissance. And soit was, aswehave also reportedthelocals.

The boulders area revolves around the village of Kapikiri (320 inhabitants), the eastern shore of Lake Bafa, and it is a real ocean of granite monoliths, mostly large, characterized by weathering and erosion, tafoni and caves , piled on each other, within a wide hilly territory, that from the banks goes up on the mountain overlooking Latmos.

The area is within the Natural Park of Lake Bafa, so it is forbidden to modify the rock, damage plants and disturbing the animals. In addition, some moves are located on private property and must, therefore, maximum respect.

The boulders, around Kapikiri, are constituted by a coarse-grained granite but fragile, so these crystals and handholds are fragile even several days after the rains, sometimes, even for famous and repeated moves. Same impressions, however, shared with a group of Japanese climbers, whom we met in the early days.

Climbing can be very painful and even a little ‘precarious.
Forbidden to launch!
Moving, however, in the outskirts of the mountain village of Sakarkaya, 30 km (50 minutes by car) from the lake, the rock changes into gneiss, it becomes more compact and less aggressive, a bit like the rock of Ticino.

The cold season (on paper even the most rainy) here was not too bad, only the first three days were characterized by adverse weather, with wind and rain storm at sometimes intense; then the time has stabilized and has moved on to sunny days and spring conditions, with temperatures up to 18 °. In the non-central hours of the beautiful days, we have found ideal conditions for attempt the most delicate problems.

During the day, we wanted to try some of the most intriguing problems in the area.

During rest periods, we cleaned and then resolved some new blocks: Bafasutra 7a + sit, Tahin Power 6c, MCP Bafa 6a sit.

Even the rope has not rested, having freed 2 beautiful single pitch equipped with bolts : Omer 29 8a and Sundance 7c.

Last but not least, was opened in trad climbing a simple and beautiful line in a crack, 30 meters long, using nuts and friends: Benzoin Form My Skin 6a trad.

History aside, that has to be resolved at best, before to be told, the bolting of two new single pitches and the subsequent complete unnailing of one of them.

Bafa Gölü, forces the eyes, the skin, the heart, to new horizons.

Forget then the generosity of certain degrees, compared to the standards of Valmasino and Ticino, and the mossy of certain outputs.

O do not mind if the fifths grades surveyed by the guide can be counted on the fingers of one hand, and a few more are the 6a.

And yet, take heart if you need to move with care on a rock that does not forgive, or the use of the tape (inevitable) will be instantaneous.

You have to get involved, to have curiosity and spirit of adaptation, only then you will be able to appreciate and enjoy it: climbing will be stimulus, the lines will fascinate you and every problem will be rewarding.

Bafa Gölü, offers a reality of Turkish culture still devoted to the cultivation of olives, oranges and lemons, fisheries and livestock.

A place where the natural environment, which has been for thousands of years man-made, bears the indelible traces of past eras, between the ruins of Byzantine fortifications and stone tombs, scattered everywhere.

In a mixture of ancient and modern, natural and man-made, beautiful and ugly, happen to walk among cattle and donkeys astonished in the sector Zeus, or climbing between blocks, olive trees, meadows in bloom and monolithic tombstones in the Sector Hanuman, always enjoying an atmosphere of peace and natural beauty.

A careful and methodical reconnaissance of the area, very wide, definitely allows you to enrich the number of problems on blocks and perhaps even identify a few lines for trad climbs, that here is the most natural form of expression of climbing.

Bafa Gölü, finally, it’s very close to kalymnos, more trendy and popular.
Reached in less than an hour and a half ferry if you are in Bodrum, or just 30 minutes if you choose the port of Turgutreis; and in both cases, still another hour and a half drive up to Kapikiri.
Representing, therefore, a great diversion for the more curious climbers who are willing to devote at least a few days to visit a place worthy of being lived. 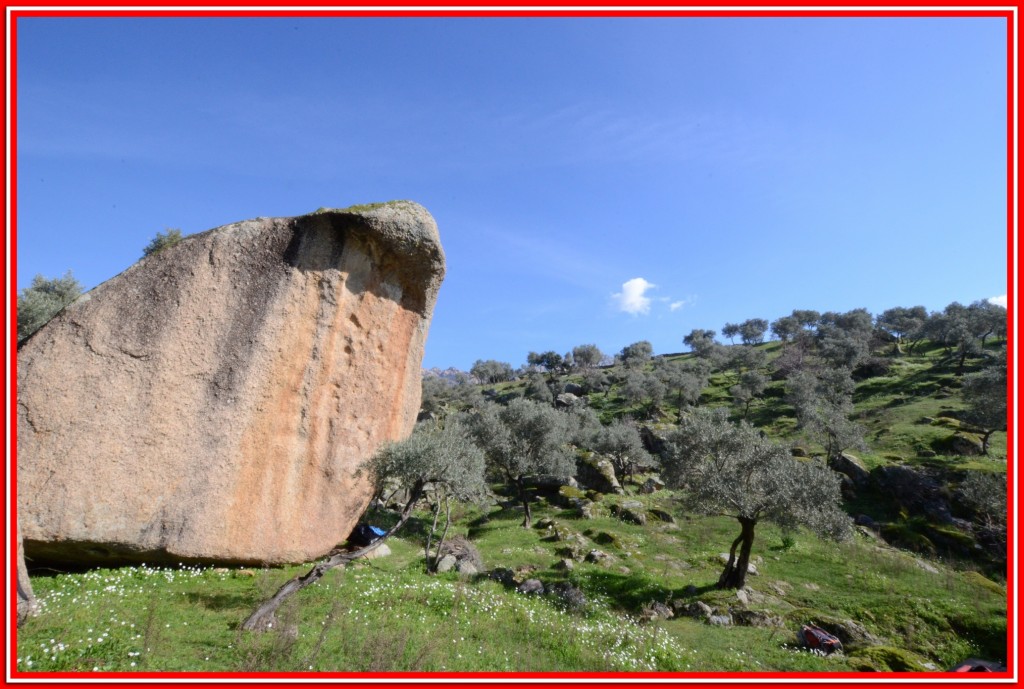 CONNECTIONS: The Bafa Lake (Bafa Gölü), located in the province of Mugla, is a Turkish salt lake, as big as our Iseo Lake.
The nearest airport is Bodrum, which is about 90 km, reachable via the D330 road that leads to the town of Milas, and from there via the D525 road to the village of Bafa, where it meets the turnoff for the village of Kapikiri and the National Park of Bafa Lake.
It is advisable to rent a car at the airport, because Kapikiri is not served by public transport; the buses that connect Bodrum to Izmir, do stop at Bafa only if requested, but then you have to find a ride to get to Kapikiri or walk the 10km that separate the two villages.
Connections to Kalymnos are insured by two direct shipping lines: one in Bodrum, and the other in Turgutreis.

ACCOMODATION: For several years, coinciding with the growing interest of climbers, have emerged several facilities that, although still very small, offering all the major services: accommodation, food, WI FI connection, rental of crash pad and sale of climbing guides.

THE RULES OF THE GAME: In the areas we visited are prohibited from using bolts, resin or normal pitons, to equip the single pitch, which can be climbed only in trad.

PERMITS: To travel to Turkey you don’t need a passport, but it is sufficient ID card valid for at least 6 months.

NB: We thank the RAGNI LECCO GROUP for the economic contribution and technical support provided, and for the support given to climbing exploration in all its forms, including bouldering. 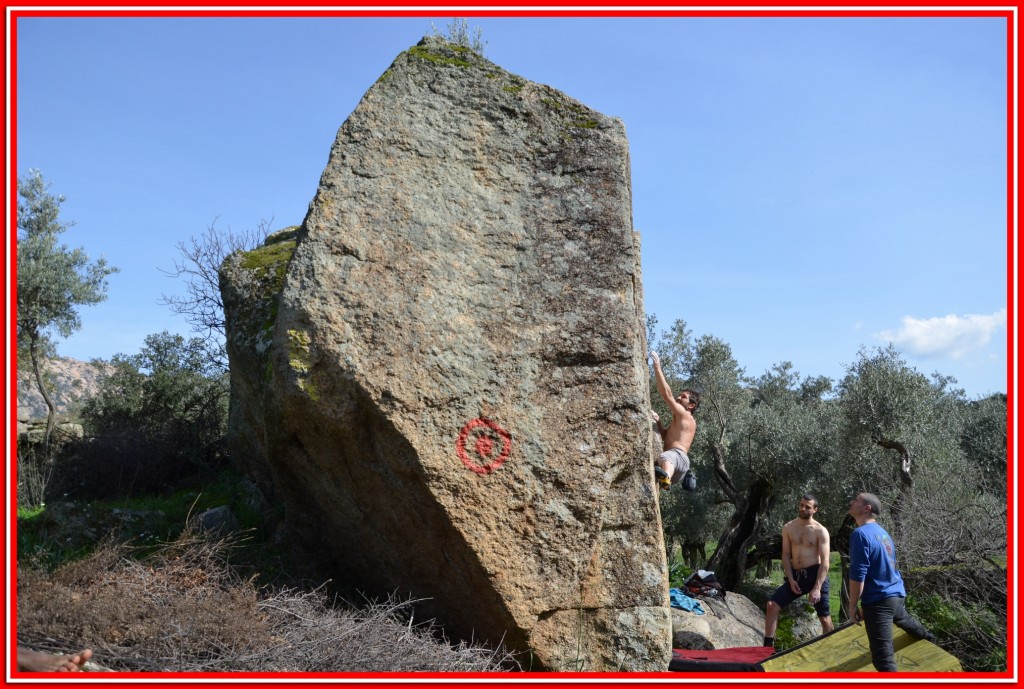 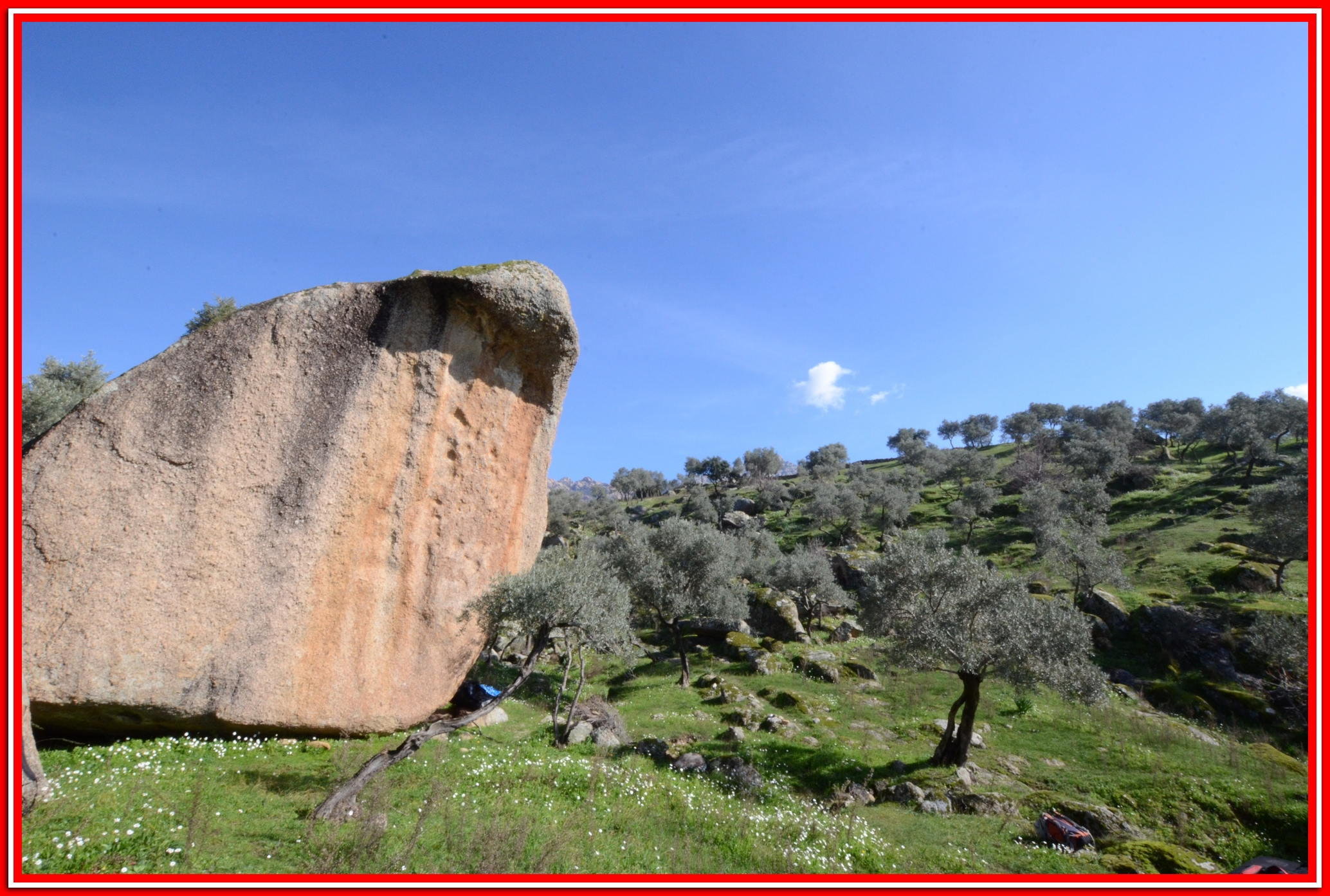 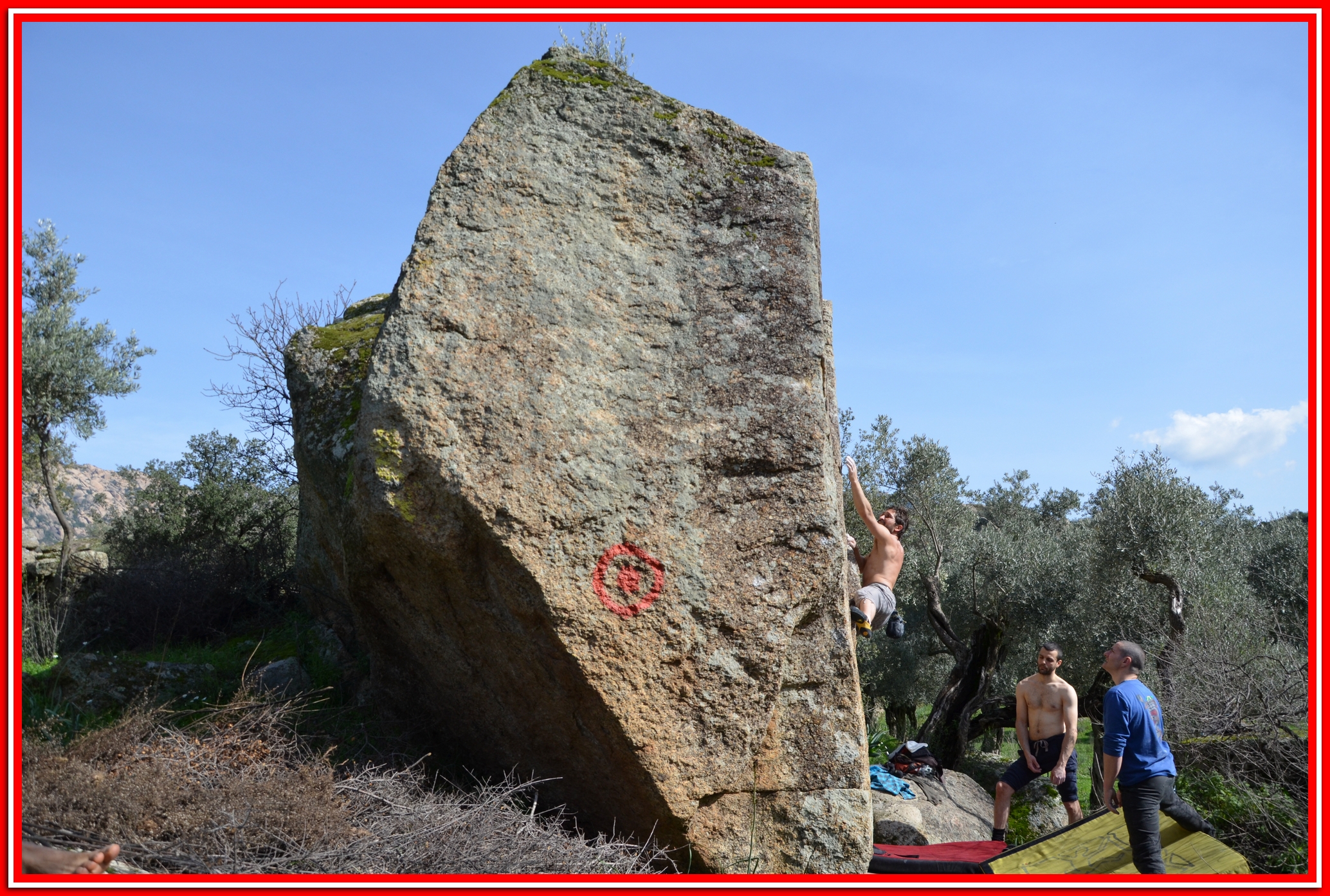