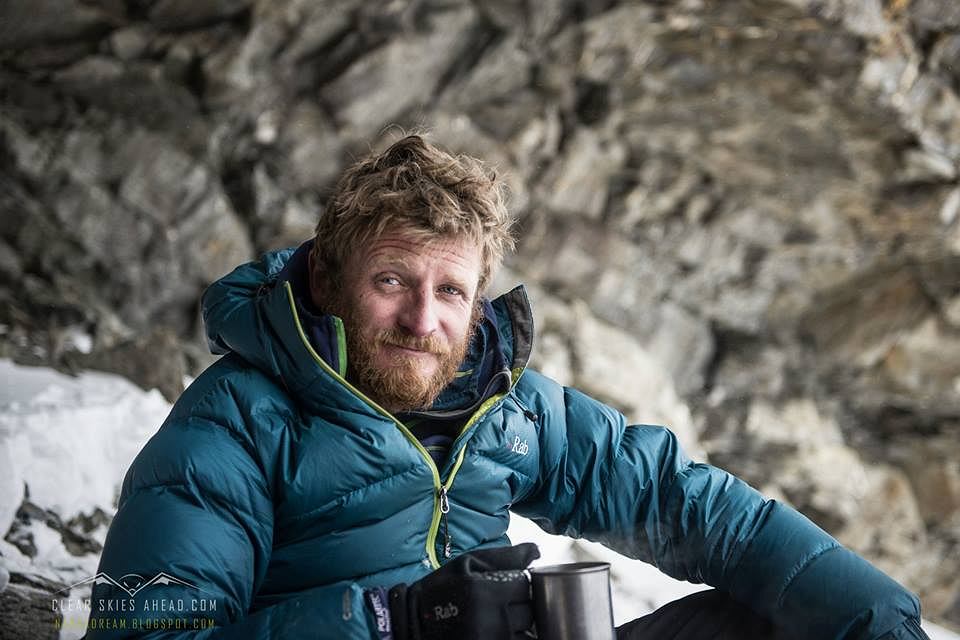 I followed, and we followed, what happened and is happening at Nanga Parbat these days. Although the 8000 climbs are far from what we like to climb, we admire those who commit themselves beyond any reasonable daring to accomplish them with style and ferocious motivation. And I think that as far as these qualities are concerned, Tomek Mackiewicz and Elisabeth Revol can only take ten on a report card from any Master or Mountaineering judge in the world. Besides two days ago my son (we were talking about others) told me one of his sentences that I had been looking for for years but that in its simplicity I had never managed to coin “I said to myself, never criticize what you are not 100 % sure to do better “, and I would say that also for all this story with a mythological flavor is a caption fits perfectly.

And equally ten to ten votes and with unique and perennial Lode Denis Urubko, Adam Bielecki, Piotr Tomala and Jaroslaw Botor, who not only on a certain type of mountaineering are the best in the world but also, with their decision to offer themselves voluntarily to go to help Tomek and Elisabeth, have shown what it means to be real and not real, as the great Toto said, simple corporals, perhaps incensed by people. Of them I know only Denis, one who if you put him to read the newspaper on a winter terrace in Livigno does not even ask for the front. One for which style is everything (alpine style always and otherwise, otherwise nothing, like the two who decided, at the risk of their own life, to go to save), but these are our own and those few things that you care about . Instead, he ought to take care of all of humanity that he and the other three Poles have shown the whole world. Stories like that there are thousands where there is war and despair, they often do not report and only if some good director or reporter manages to get a microbudget we get to know (while certain television broadcasts make every logical decency with tears and whining on stories that are lacking in humanity, let alone sadness, but I digress, sorry).

In these days we are celebrating our climbs and our gratifications, as it is happening to us very often in these years, but I felt it was right to write these lines to tell you that we are not only sensitive to what we do, indeed. We are all in the front row to applaud Alex Honnold and we cried for Ueli and Dean, whom we knew very well and who were, ARE, our MYTHS. (yes, we have them, great).

Maybe we try to say softly what we think also because when it comes to life, words become axes or boulders and can also offend or make people feel badly for people who do not deserve it at all.

That everything is measured, calm and serene, in this unique discipline that is alpinism. And finally I say, I will never criticize those who have suffered an obsession in life because, frankly, I’m not one who can say something negative about this thing. Most of my boys, wanting to say it all, for many people could be obsessed. It goes like this.

“His light hair looked white. She seemed to be fourteen years old and would go for an age that had never existed. It seemed that he had always been seated in that place and that God had created him around the trees and rocks. He resembled his reincarnation and then the reincarnation of his own reincarnation. Above all, he seemed taken by an enormous sadness. As if bringing in the news of a horrible loss that no one else had yet heard of. An enormous tragedy not related to a fact, accident or event, but to the very nature of the world. ” – From The crossing, Cormac Mac Carthy