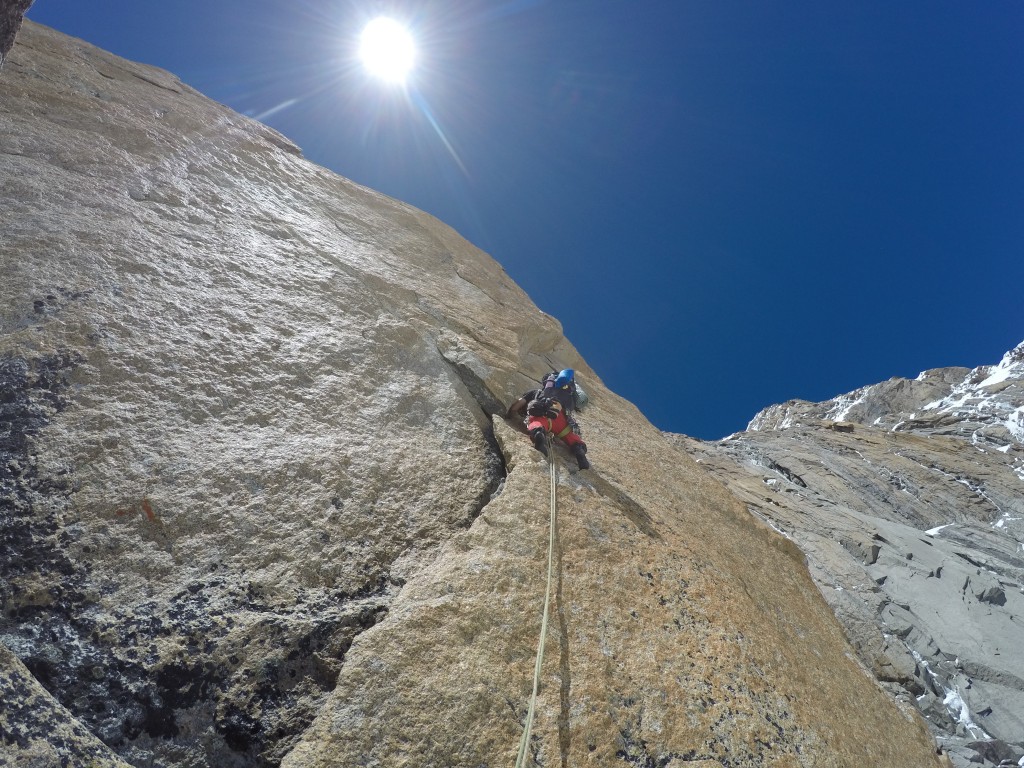 2016 was an extraordinary year for David Bacci, who, after the first repetition of the Ferrari route at Fitz Roy, honored his admission into the Ragni di Lecco group with a series of ascents of high technical level in the massif of the Mont Blanc.

His grand course began in March, when, roped with Luca Moroni, he succeeds the repetition of the beautiful north couloir of the Dru (3750m) with the direct attack, a 800 meters route graded VI AI 6+ M7+.

In July, David backs in action, this time with Giacomo Neri, to realize the on-sight ascent of Les Intouchables (7b+ max) at the Trident du Tacul, a symbol of crack climbing on the Mont Blanc. 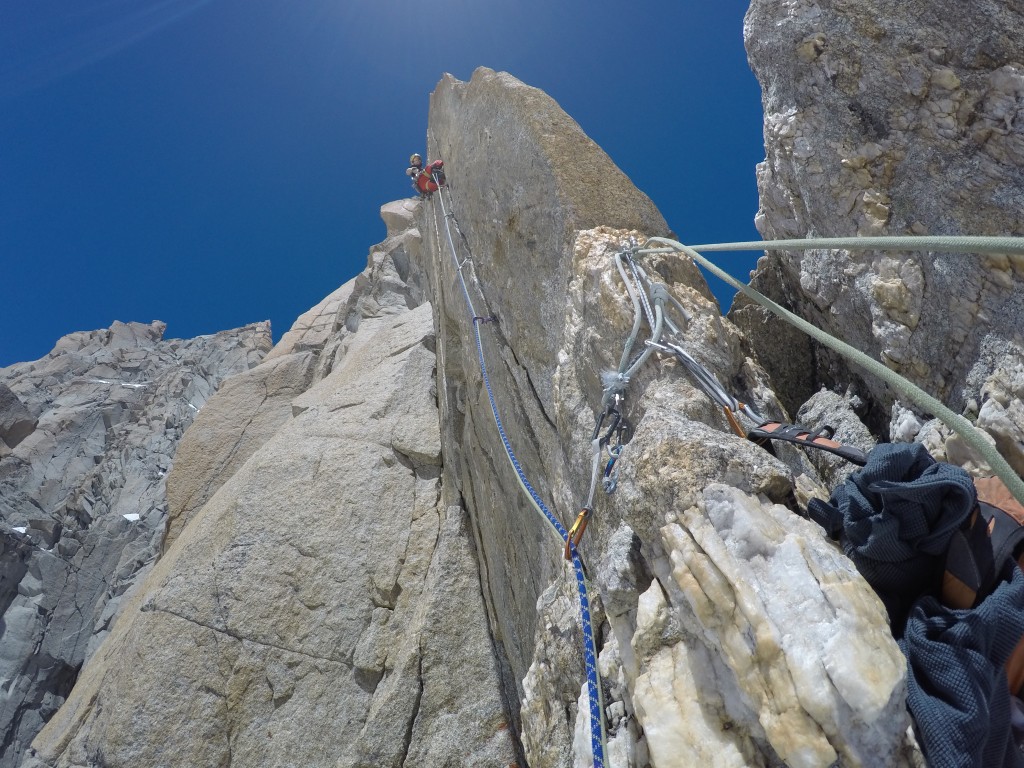 The following weekend is again dedicated to high altitude: mate Luca Moroni, destination Gabarrou-Long route on the Red Pillar of Brouillard. “The route il really steep - says David – Several beautifull pitches between 6b and 7b lead to the last third of the climb. At 9.30 pm we were on the top of the pillar. The next morning we attack the Brouillard ridge. Eight hours later we arrive at the top of the Mont Blanc”. 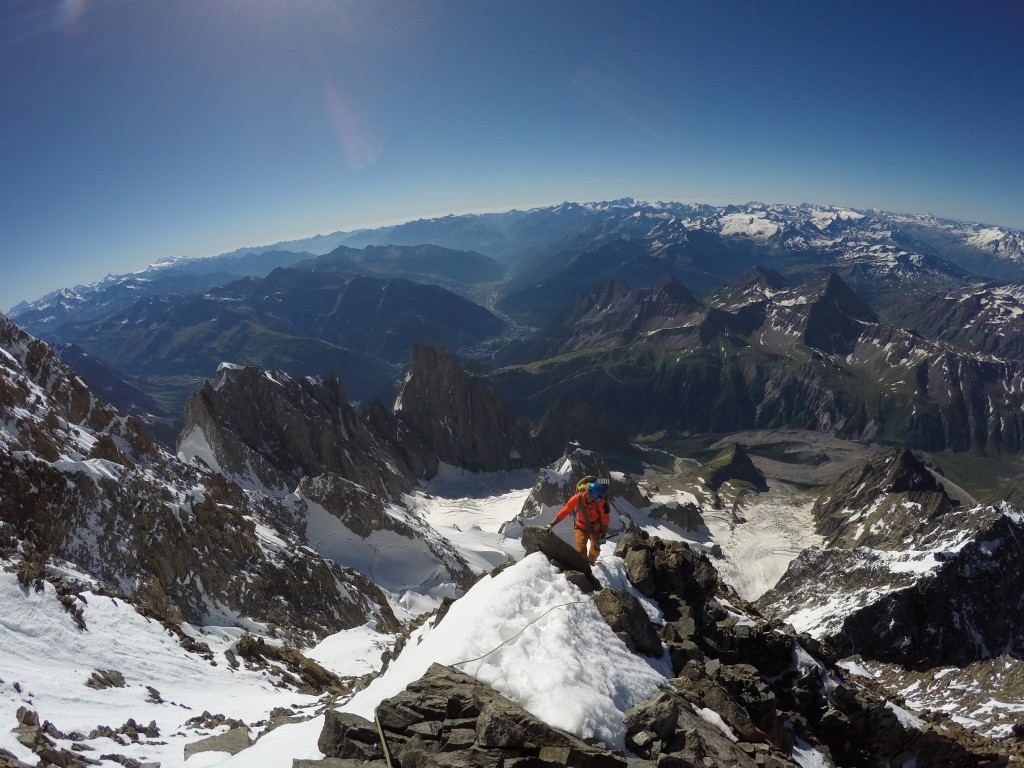 David still has a dream to pull out of the drawer: it is called Divine Providance and it is one of the most famous and difficult routes of the Mont Blanc, created by Gabarrou and Marsigny on the Grand Pilier d’Angle: “At 6 in the morning I attack the shield roped with Luca. The pitches are beautifull: dihedral, cracks and chimneys. The overhanging pitch of 7c is really magnificent. At 1 pm we are out of the main difficulties, but is not easy to get on top of the Grand Pilier! Than we climb the majestic final part of the Peuterey ridge and, finally, an icy wind welcomes us to the summit. We sleep at the Vallot and the next morning we wake up in the storm. Carefully we sail between the crevasses, and we get to Gonella. We still have to cross the moraine of the Miage Glacier and a few hours later we arrive at the car. Tired but happy to have achieved another dream”. 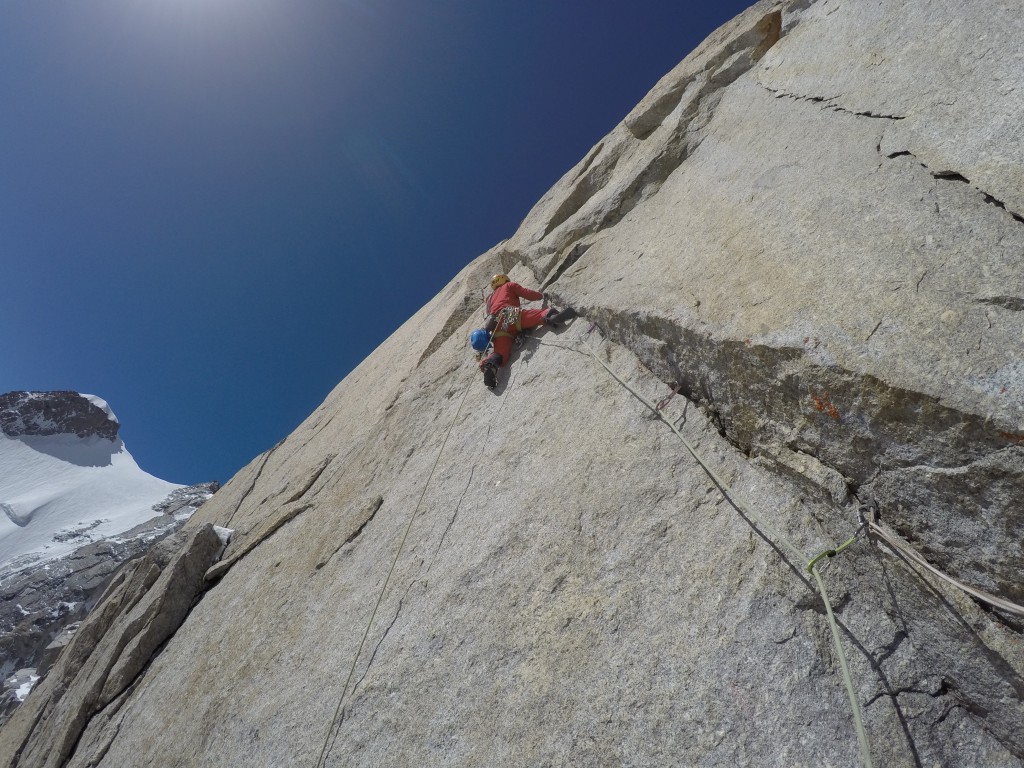