This is the fifth route we opened in Wendenstocke 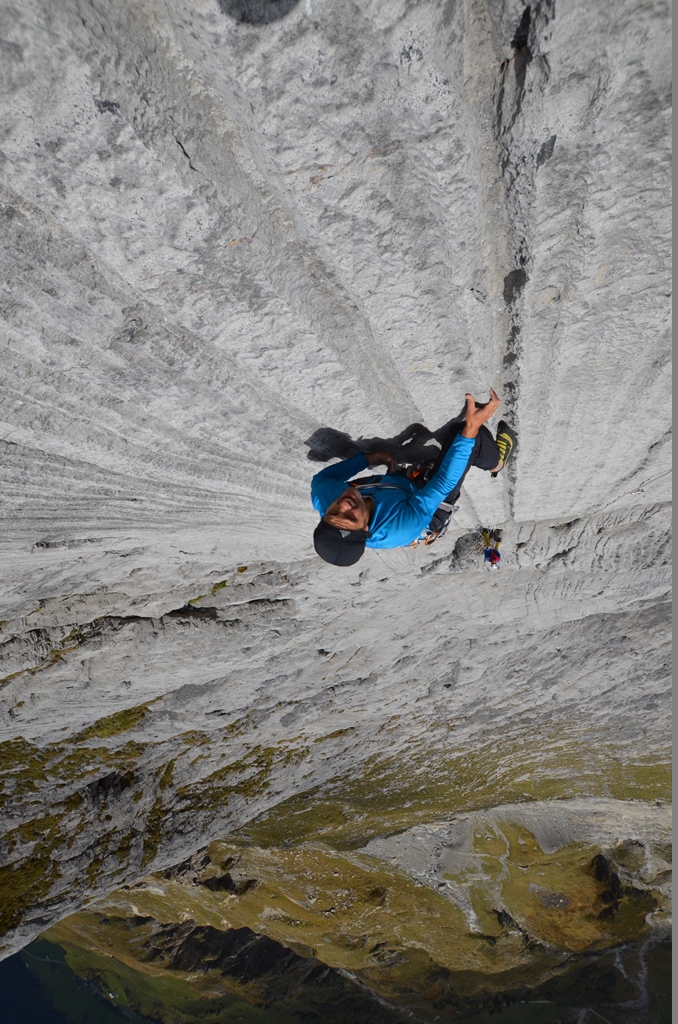 As you descend from Sustenpass it springs into view after a few minutes, right there in front of you, sat on a long grassy pedestal, seemingly vertically, towered by other faces probably not yet fully explored…

At first it’s unclear where the routes go but after just a few minutes, once you reach Wendenalp, everything becomes much clearer. And as you walk up towards the walls all doubts are brushed aside, as the bulky pillars takes your breath away.

I’ve been climbing regularly here for more than 10 years and after having repeated, much to my own satisfaction, some of the most interesting and challenging lines I thought it would be nice to check out a section of the cliff that was still untouched to try and establish a new route.

I told Fabio about my idea right away and we concentrated on Dom. The idea was to start to the left of Legacy, and then climb towards the center of the upper pillar that was still virgin. 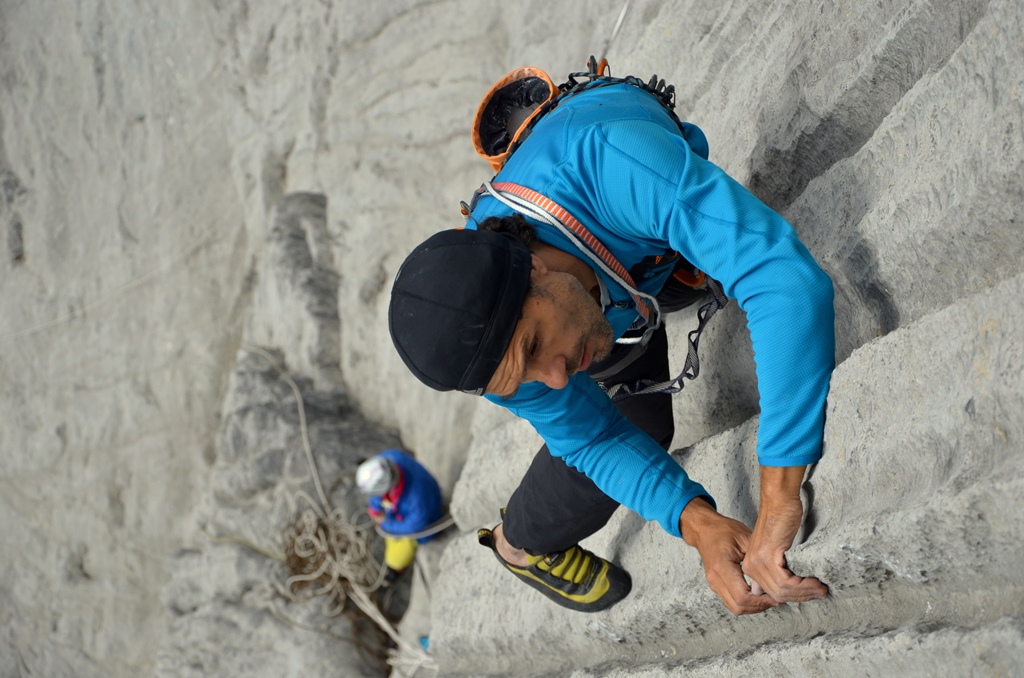 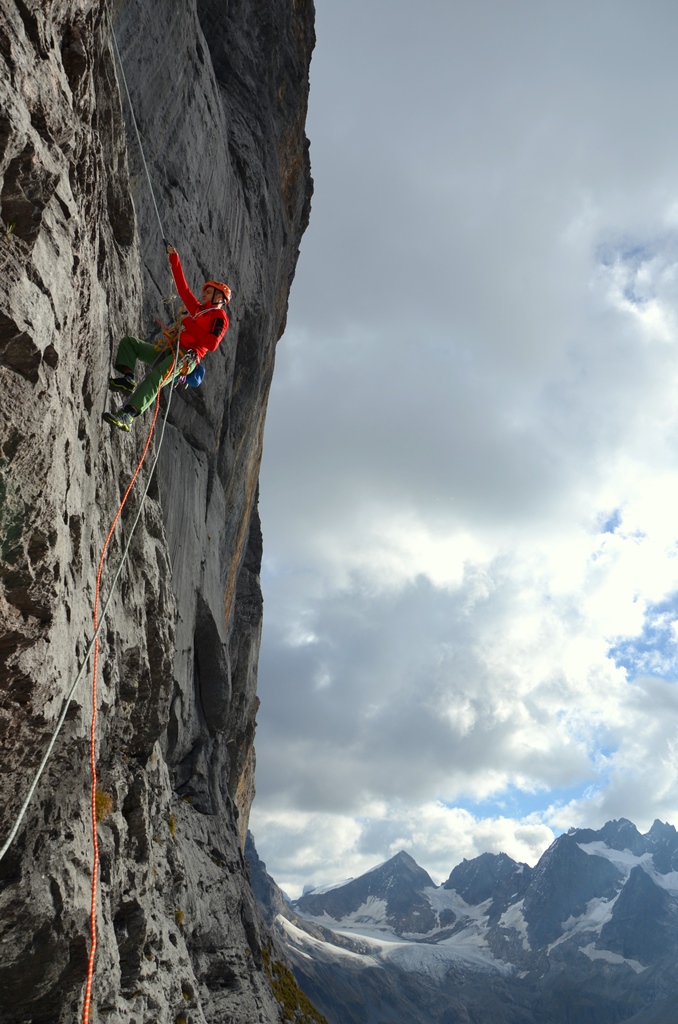 We began in August 2013 and after two not particularly difficult pitches we breached a beautiful runnelled slab that would eventually turn out to be the crux. Slightly overhanging and circa twenty meters high, the first part looked fairly weathered, while the second part became less steep but far smoother.

We then continued past easier climbing for another two pitches to a belay shared with Andorra, from where we tackled the final pillar with two highly exposed pitches that led to the very top of the wall.

We finished bolting in September the following year and a week later, when we climbed to take some pictures with Luca and Elena, I climbed the fourth pitch. All that remained was to free the rest of the route, but I got no chance to do so in 2015, so we postponed it to this year. After two failed trips due to the face being dripping wet, at the end of September we made use of a day of good weather to free the pitches and remove all the fixed ropes from the wall. 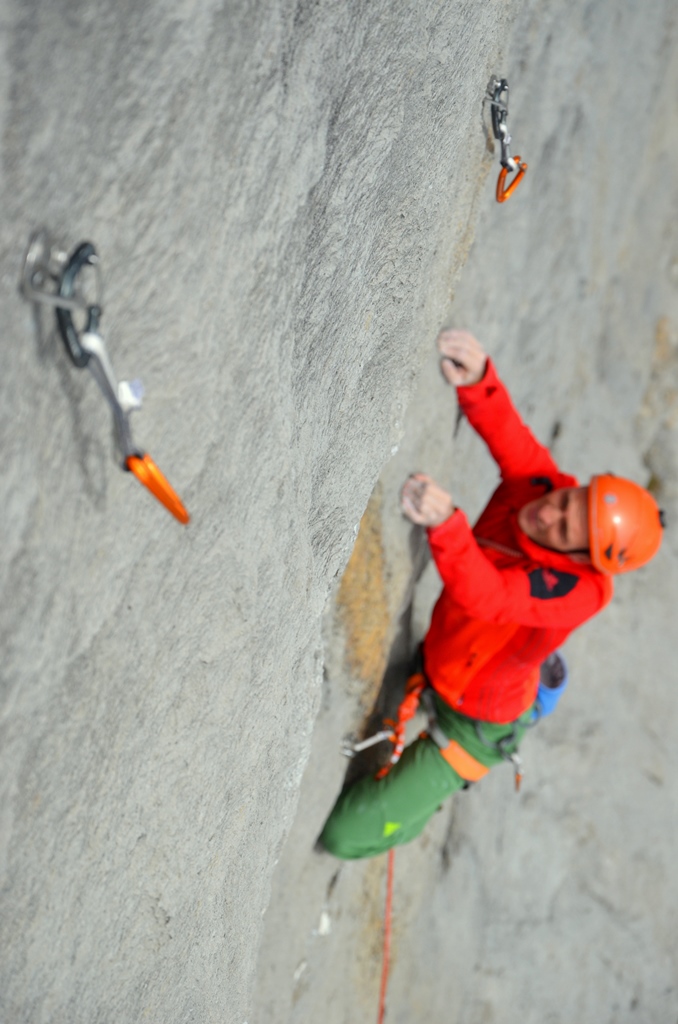 Overall this route respects local etiquette: bolts only were necessary that, at times, need integrating with trad gear, up great quality rock that only in a few sections is a bit more delicate”. But the climbing is always immensely satisfying, up one of Wenden’s most beautiful walls…

… But having said that, all routes at Wenden are fabulous …

I would like to thank Fabio for joining me on this new adventure, Elena for having climbed with me when I freed the pitches and Luca for the photos.

LA LUNGA ATTESA
First ascent:
Fabio Palma, Paolo Spreafico, August 2013 and September 2014
Max difficulties : 8a
First free ascent: Paolo Spreafico
Gear: Friends from 0.0 BD to 1 BD, plus 3 BD for pitch 3, 10 quickdraws and some cordlets for the threads.
Descent: abseil down the route to belay #5, then follow the descent down Legacy
Approach: reach the base of Dom. Circa 5 meters to the left of the starting bolt on Legacy climb the easy ramp that leads after a dozen meters to a small narrowing. From here climb directly upwards to belay #1.
Note: on pitch 6 it is advisable to belay the second, for the first 10m of the traverse, with an additional rope directly from the 6th belay. 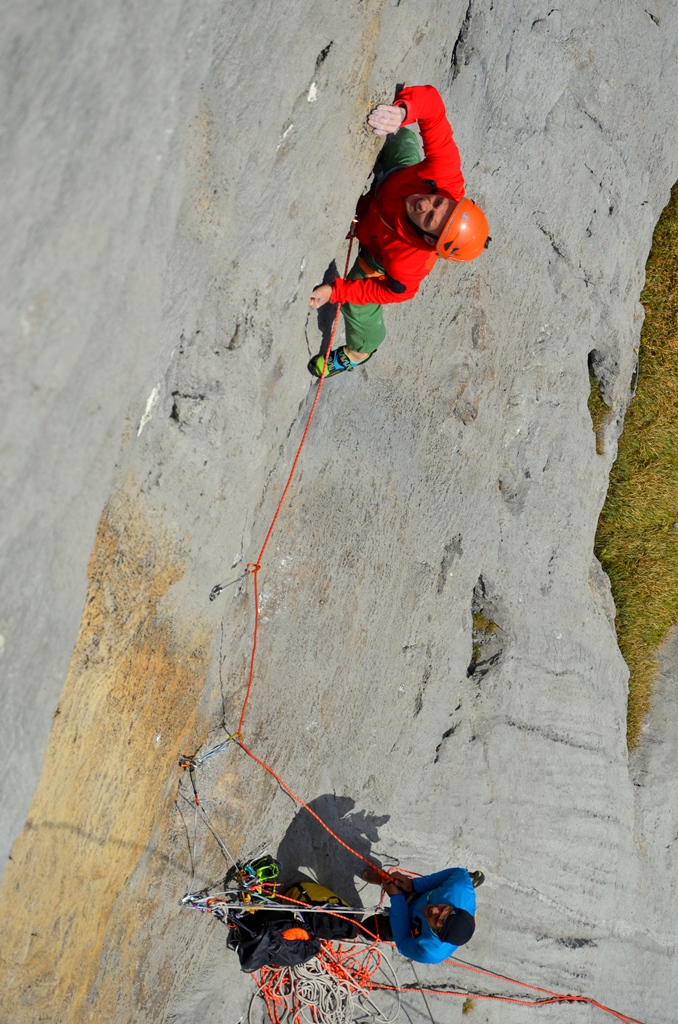