During a few short trips to France, Italy’s Stefano Carnati repeated Condè de Choc 9a at Entraygues in the Briançon region and Le Cadre Nouvelle 9a at Ceuse. 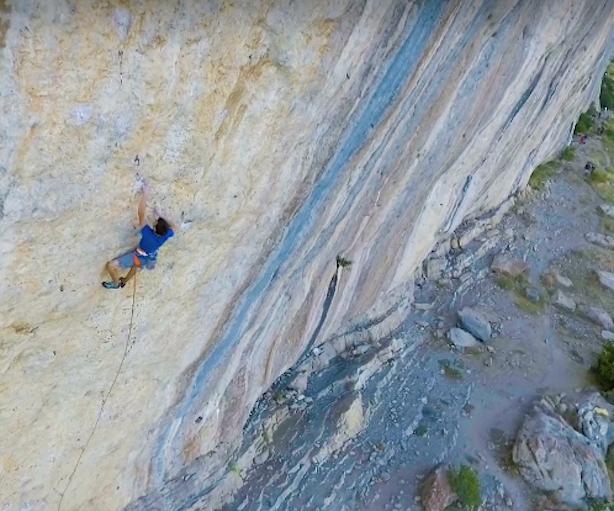 Stefano Carnati is most definitely on a roll. The 18-year-old Italian well and clearly dominates the upper realms of sports climbing whenever he hits the crags. After having redpointed the benchmark 9a Action Directe in Germany’s Frankenjura in mid-June, Carnati has now added another two 9a’s to his foreign tally: Condè de Choc 9a at Entraygues close to Briançon and Le Cadre Nouvelle 9a up at Céüse.

Condè de Choc contains a bouldery crux at the start followed by a stamina finish, shared with the 8c+ Deltaplane man direct which Carnati had failed to redpoint last year. The Italian is a far finer athlete now though and he clipped the anchors “almost without realizing it.” Hence his decision to try the lower section “After a couple of tries I managed to climb past the bouldery crux” Carnati told planetmountain.com “unfortunately though I slipped off a hold on the upper section. It was late in the day and I didn’t know if I wanted to give it another shot or wait for the next day. In the end the desire to try it again got the upper hand and, after a good rest, at 7 pm I set off. All ran smoothly: another route in the bag!”

That all took place at the start of July, while Le Cadre Nouvelle was ticked three days ago. This 9a was freed by Adam Ondra in 2010 in Céüse’s Biographie sector and, as it happens, was repeated recently by his climbing partner Stefano Ghisolfi. Carnati fell off the last hard move three times but nevertheless needed just three weekends to clip the chains. Currently he’s unstoppable and he knows the following well: one of the most cherished sports climbs in the world lies just a few meters from Le Cadre…