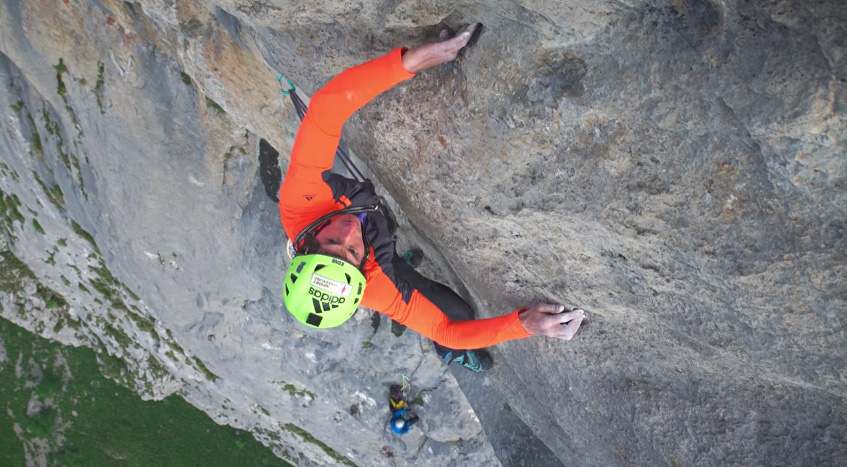 The story of “IF” begins in September 2013, when Eugenio Pesci, a great connoisseur of the Grigne, proposed to me to open a route on the Sasso Cavallo.

He told me that he found a line, between the Oppio and the Route of the Moon (“Via della luna”).

A virgin portion of wall, well defended by an overhang at the beginning, and then a fantastic succession of slabs. So the intuition of the line and the inspiration comes from Eugenio.

You can almost say that at the beginning of this story he was the mind and I was the forearm. Personally, I wanted to open a nice route and give my best in order to do something significant on such an important wall.

I wanted to create something that would remain as a reference in the future years. My dream was to bring the same style that I used when opening routes in Wenden on our home cliffs: free climbing and mandatory difficulty of compact and steep limestone. 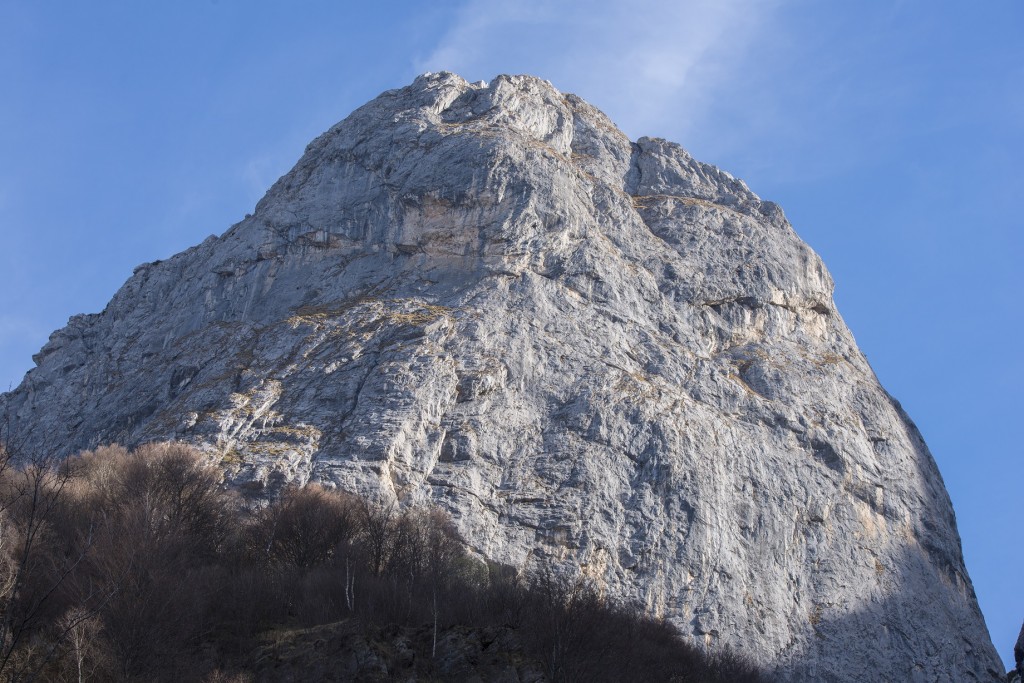 This style is not necessarily better than others, but it is simply that over the years I have made it mine. The opening process took 5 days, going up from the bottom, free climbing as far we could, and then stopping on the sky-hook (or in any other way) to place one bolt.

We opened an average of a pitch and a half or two a day, and on the wall there was a good feeling between me and Eugenio. In spring 2015 it was time to free climb the route. We spent a couple of days working on the moves on different pitches and we removed all the fixed ropes used for opening.

Eventually the great day of the ascent arrived: everything went pretty smoothly and we enjoyed these fantastic 400 meters of climbing.

I hope that this route will be able to give repeaters the same emotions and the same feelings that gave to me and Eugenio and it could become a reference for the new generations of and Ragni di Lecco and other local climbers, like in the past it used to be for the other routes on this iconic wall. 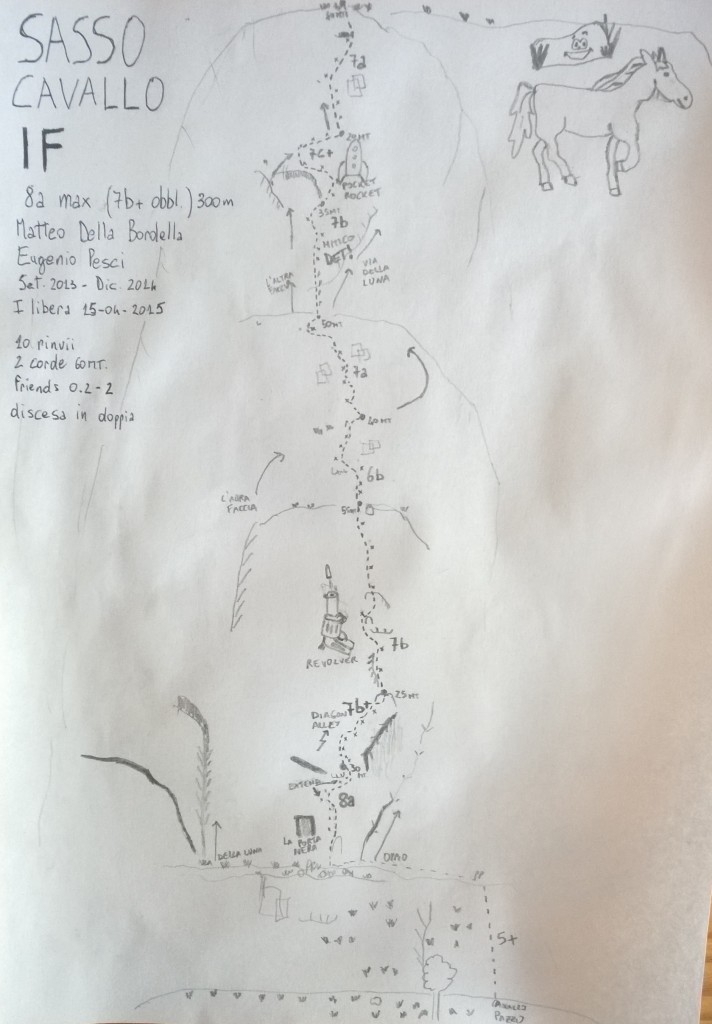