“First ascent Murallon East Face in storm, descent down opposite face. All safe down on glacier. The wrong one though.” These are the first, and so far only words sent via SMS from the satellite phone of Matteo Bernasconi, Matteo Della Bordella and David Bacci who have just resolved a long-standing problem in Patagonia. 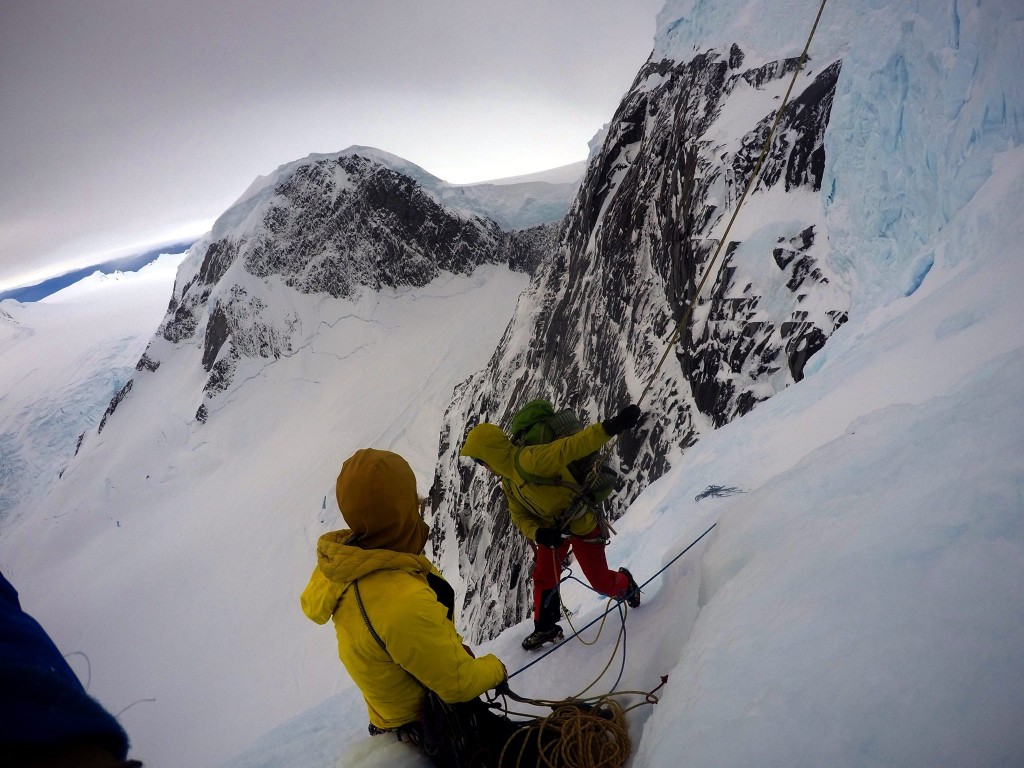 The Italian trio climbed the East Face of Cerro Murallon, the remote and inhospitable 2885m first climbed in 1984 by three members of the Ragni di Lecco mountaineering club, namely legendary Casimiro Ferrari and young Carlo Aldè and Paolo Vitali (VI 5.10 A2/3 80°, 1500m) during a historic ascent up the NW Ridge.

In the ensuing years Cerro Murallon has been climbed very rarely indeed. Rolando Garibotti and Silvo Karo reached the summit from the SW in 2003; Stefan Glowacz, Robert Jasper and Klaus Fengler made the first ascent of The Lost World up the north face in 2003; Glowacz and Jasper returned two years later to forge the direttissima Vom Winde verweht – Gone with the Wind up the north face; Lise Billon, Pedro Angel Galan Diaz, Francois Poncet, Jérémy Stagnetto and Jerome Sullivan climbed the SE Ridge in 2012, calling their outing Pilar del Sol Naciente. The East Face had been attempted in 1999 by the Frenchmen Laurence Monnoyeur and Bruno Sourzac who were forced to turn back at circa 2/3 height due to a storm.

For photos and Videos our members brought: 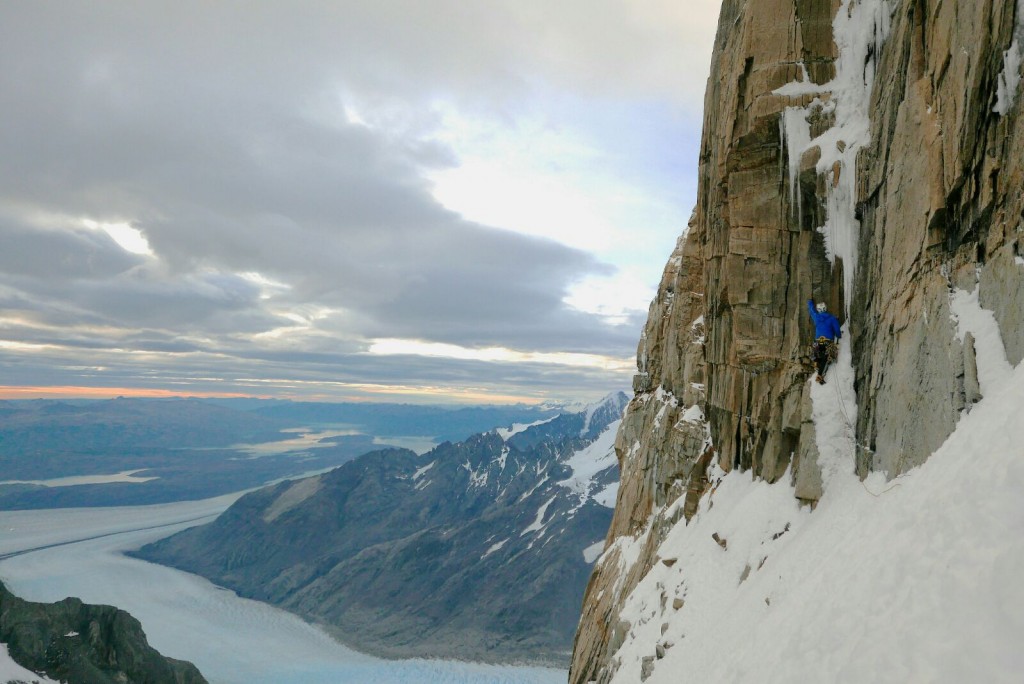 Shortly before departing for Patagonia, Della Bordella explained why this fascinating peak has seen so little activity over the years: “Cerro Murallon is located in the southern part of Hielo Continental, and is more remote and isolated than the summits in the Cerro Torre – Fitz Roy massif. You can’t be based at El Chalten and so even today this peak has maintained the same wild, harsh and remote character it had 40 or more years ago. This is one of the reasons why I reckon climbing this mountain is an even bigger challenge than Torre Egger or the East Face of Fitz Roy!”

The draw of the unclimbed East Face was obviously too difficult to resist for the young Ragni di Lecco climbers who, in this difficult Patagonian season (especially by recent standards) have made an exceptional ascent. Success has come about thanks to an impressive Patagonian curriculum: in 2013 Della Bordella breached the virgin West Face of Torre Egger with Luca Schiera after having attempted the mountain together with Bernasconi who, just before the final push, had had to return home, while in 2016 Della Bordella and David Bacci made the first repeat of the Ragni route up the East Pillar of Fitz Roy.

According to first reports the trio bivied at least two nights below the face while waiting for the short weather window that enabled them to breach the East Face. Although at present there are no other details, one thing is almost certain: this new climb adds another important brick in the relationship between the Ragni di Lecco and mountaineering in Patagonia.

This is the second Ragni di Lecco success after the historic first ascent, carried out by Casimiro Ferrari, Carlo Aldè and Paolo Vitali.