In June the two Ragni di Lecco climbers Simone Pedeferri and Luca Schiera made the first ascent of a new route on the beautiful Precipizio degli Asteroidi high above Val di Mello. The new line is called L’Olandese Volante, the flying Dutchman, is 370m high and breaches difficulties up to 7c+/8a.

The new route initially climbs to the left of Anche per oggi non si vola and crosses this at the end of pitch 3, the climbs parallel to this all the way to the summit. Pedeferri explained “Almost all the route takes the line bolted by some Dutchmen between 2000 and 200. P2, P3, P5, P7, P8, P9, P10 and P11 were rebolted for the first free ascent.”

The start of the route is reached by climbing pitch 1 of Il Suono del Mellotron. It’s worth noting that the 11th pitch wasn’t rebolted and that the original bolts are still in-situ.
For best outdoor photos and Videos we brought: 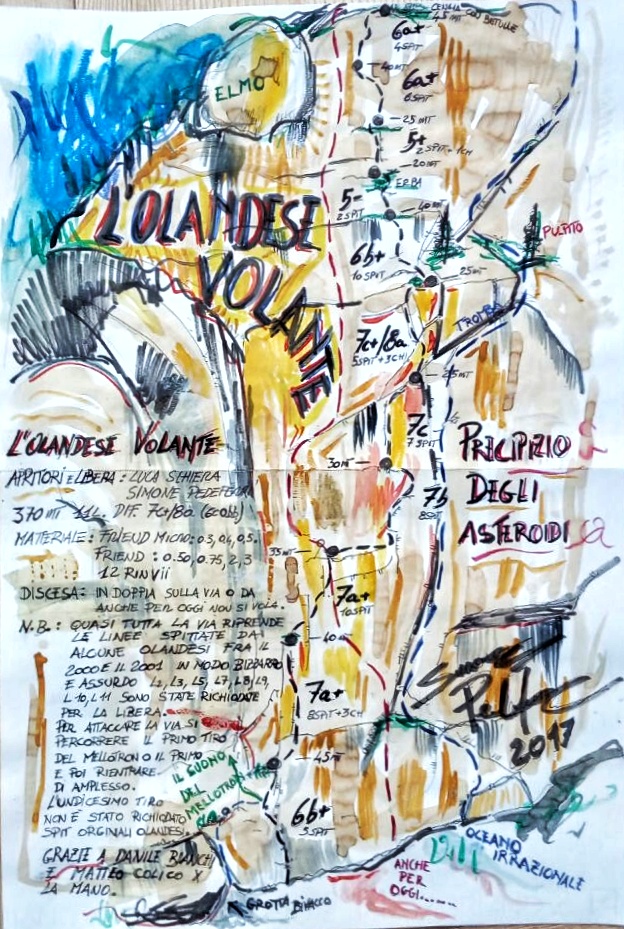