Simone Pedeferri, Matteo Della Bordella, Lorenzo “Pala” Lanfranchi and Richard Felderer have just returned from a successful expedition to the relatively unexplored eastern Greenland where there carried out 5 first ascents. Simone Pedeferri talks about the expedition. 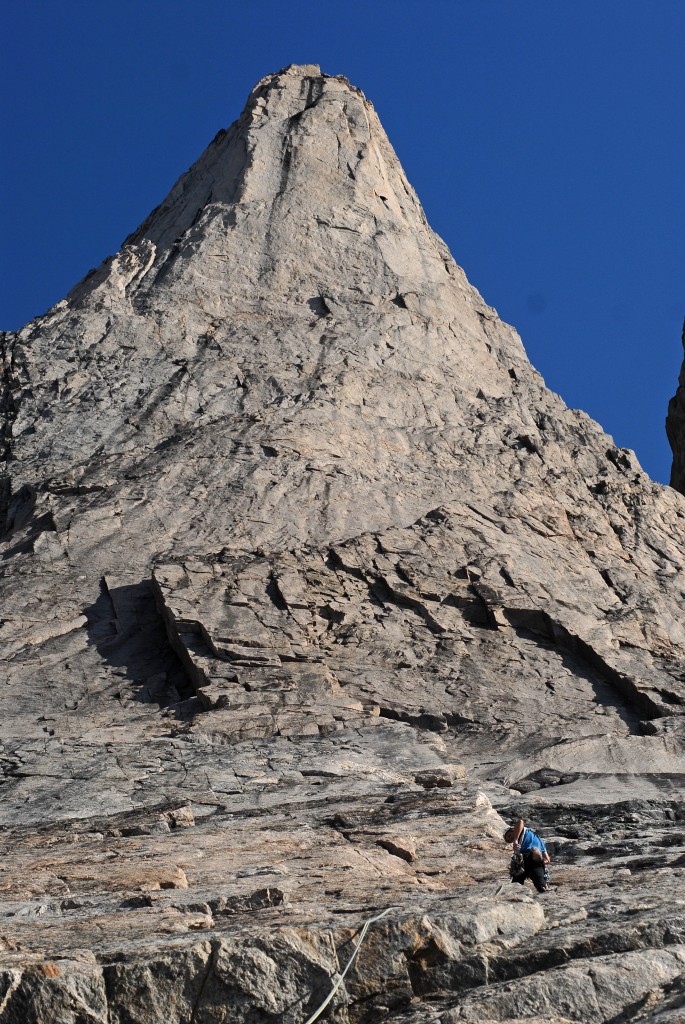 Matteo, only 24 years old, is well known in the Alps for its bold and scary route in Wendenstocke, probably the more challenging wall in the Alps. He propose the expedition in March, and he comment that “ we had only a photo, not very clear, so was a little bit risky to go there. But it’s really a fantastic place for new routes. The wheaetr has no intermediate points: when it rains, rains, but if the meteo is good, you can go climbing 24 hours a day. There are a huge amount of possibilities for new routes, and this just only in our fjiord! “

Simone Pedeferri, one of a more famous rock alpinist in Italy, described as “very beautiful, also aesthetically speaking” And if this climber-artist holds this opinion, then it must be true. Also because he immediatly stated that the Tasiilaq fiord, where they established their base camp, is one of the most beautiful and wild he’s ever seen. He added that the granite walls in the Fox Jaw Cirque are “fantastic with truly superb rock.” He concluded by uttering the words all alpinists dream of “You’re so isolated and there are still so many walls to be climbed, it seems as if you’re in Patagonia 30 years ago.”

A wild an untouched territory therefore. So wild that “it’s nature who dictates the rules” explains Pedeferri. Just like in all the rest of Greenland where “ice enters people’s homes and you feel as if you’re on a different planet for these environmental reasons, because here nature still holds the upper hand.” As unbeatable as the “absurd number of mosquitoes that infested our little base camp.” But this, it seems, was just an insignificant detail because “there weren’t any mosquitoes on the rock faces and you could climb for 20 hours non-stop, seeing that there was constant daylight. What you usually achieve in three days you manage in just one…”

Talking about climbing and new routes. The first route, climbed by all four members, is called ‘Emozione Polare’ and climbs a 700m pillar which Pedeferri described as “perfect on extraordinary rock, one of the most beautiful routes I know.” The four ascended the line in a 26 hour push from base camp to summit and back, with difficulties up to VIII, just one bolt on the route and only some belays equipped for the abseils.  Let me say that Della Bordella, in this route, has opened the more expo and difficult pitches”.

Using the minimum amount of gear was a fundamental aspect of the style of ascent they aimed to achieve. “We wanted to climb clean, “British style”, on-sight and without leaving a trace” explained Pedeferri who together with Lanfranconi went on to produce ‘El cavajo dell’angel’ (430m, 7b, 16 hours on-sight, trad) and ‘Il Gemello Diverso’ (630m, 7b, 20 hours on-sight, trad).

Della Bordella and Felderer spent two days making the first ascent of ‘Ingirumimusnocte’ a beautiful 420m line with difficulties up to 7b+ (6c+ obl). Although they placed 28 bolts including those for the belays, this is a truly psychological outing with long run-outs between one bolt and the next, a classical Wendenstocke style. Della Bordella and Felderer then climbed ‘Qui, nell’universo'(480m, VI, trad) dedicated to their friend Marcello Meroni.

“We didn’t think we’d be able to climb ‘El cavajo dell’angel’ without bolts, but in the end we managed, probably thanks to all our combined experience” stated Pedeferri. Talking about experience, Pedeferri then complimented the other climbers and in particular Matteo Della Bordella who, despite being on his first expedition (or perhaps because of this) proved completely unstoppable. “Matteo has attributes which I’ve rarely seen in other climbers: he really is talented and is incredibly at ease when on-sighting on a big rock face… He has a pure an insatiable passion for climbing.” And then… and then the climber-artist concluded “Yes, I’m really happy. In Greenland I really felt free to climb!” And as everyone knows, there is nothing better (or almost nothing better) for a climber than this! 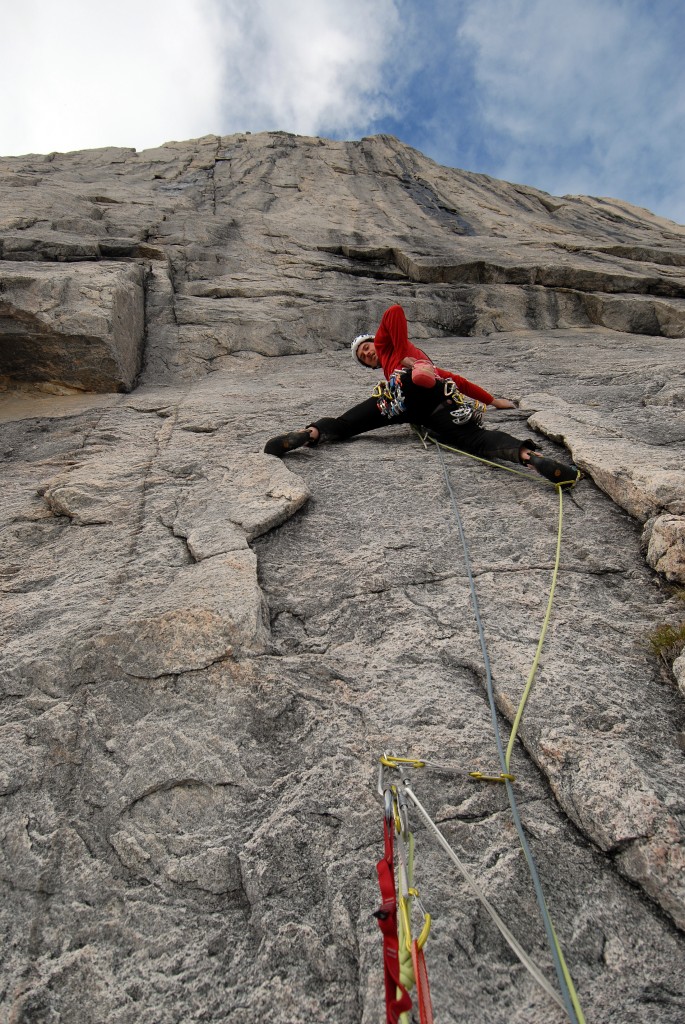